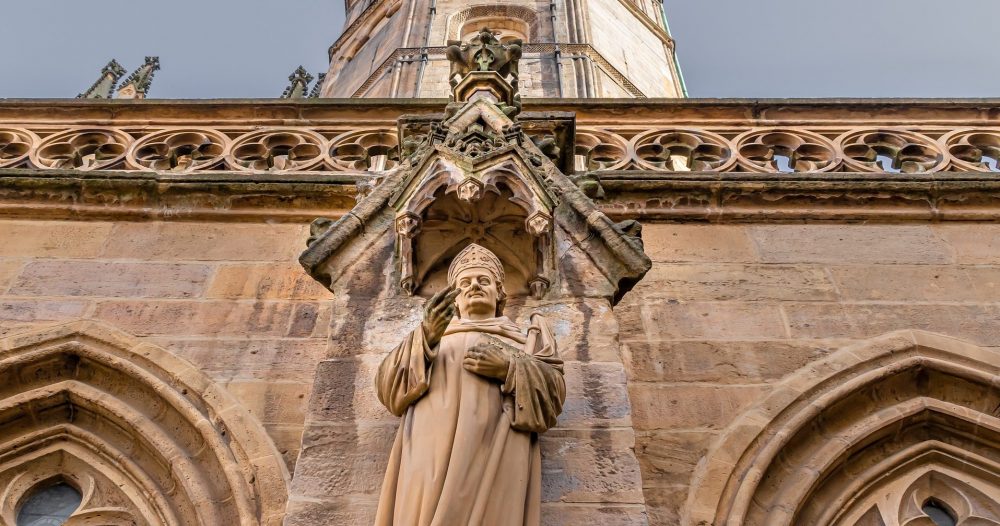 The problem for Bauer’s thesis is that this is precisely what we don’t find.

When we examine bishops from the second century we find a litany that fit nicely within the orthodox camp: Ignatius, Polycarp, Clement of Rome, Papias, Hegesippus, Irenaeus, Theophilus of Antioch, Anecitus of Rome, Polycrates of Ephesus, Victor of Rome, Demetrius of Alexandria, Melito of Sardis, Theophilus of Caesarea, and Dionysius of Corinth.

While these leaders certainly did not agree on everything, it is evident from their writings, or from historical reports about them, that there are no reasons to identify them with heterodox groups like the Marcionites, Gnostics, or Ebionites.

What is particularly noteworthy about the above list is that they represent a wide geographical range: Lyons (Gaul), Smyrna, Antioch, Hierapolis, Rome, Sardis, Ephesus, and Corinth. In other words, these orthodox leaders were not cordoned off into some small outpost of early Christianity.

It should also not be forgotten that, in this earliest phase, it was common for leaders to be elected by their local congregations (e.g., Did. 15.1; 1 Clem. 44.3). Thus, we have every reason to think that these many bishops, and the beliefs that they held, are a reasonably accurate representation of the Christian constituencies they served.

When we turn to heterodox groups in the second century, there are certainly many examples of their leaders (e.g., Menander, Saturninus, Cerdo, Basilides, Cerinthus). But, what is lacking is evidence that they held the office of bishop in the various locales in which they were active.

There is no explicit mention, at least in the second century, of any identifiable Gnostic, Marcionite, or Ebionite holding the office of bishop. Or, at least, I haven’t found one (please let me know if I have missed an example).

We do have indications that Valentinus may have been considered for the office of bishop of Rome, but the legitimacy of this report is seriously questioned. Irenaeus rebukes the presbyter (not bishop) Florinus for embracing the “Valentinian error” (Hist. eccl. 5.20.1), but it is evident that this was a new development—Florinus actually started out as an orthodox disciple of Polycarp.

Or, perhaps we might think of Zephyrinus, bishop of Rome who barely crosses over into the second century (c.199-217), whom Hippolytus accused of modalism (Ref. 9.2). But, the modalism issue was much more narrow. Zephyrinus was certainly no Ebionite, Gnostic, or Marcionite. Regardless, even if we grant the instance of Zephyrinus, it is the exception that proves the rule.

When the dust settles on these sorts of discussions, the bare and (for Bauer) problematic reality remains: heretics didn’t seem very successful in winning over most congregations in the second century.  Put differently, there is little evidence that they were in the majority.

Once again, despite all the buzz about diversity in early Christianity, we have no reason to doubt that the mainstream church during this time period was still one that could be generally identified as “orthodox.”