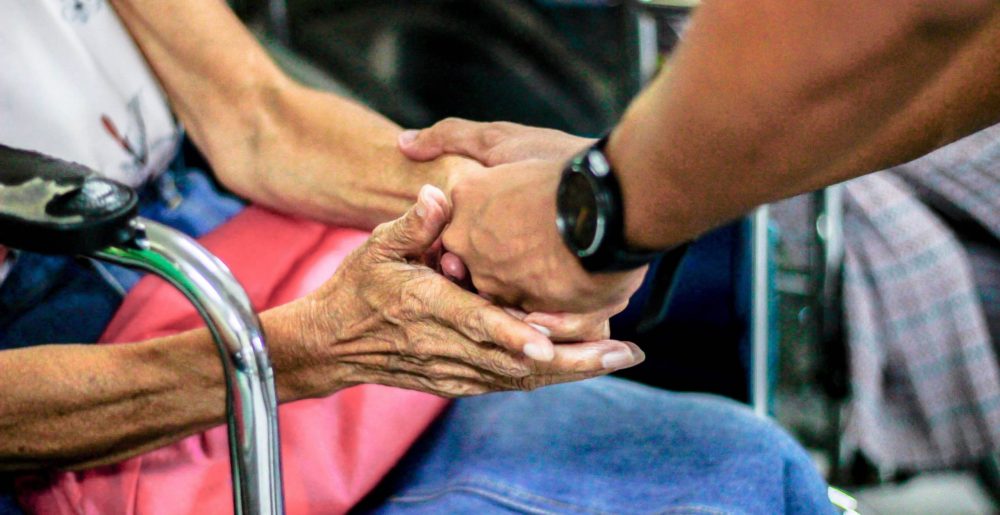 There’s been a lot of discussion in the last year (and the last week) of what it means to be winsomely reformed. And, sadly, the loudest voices have been undeniably against the idea of being winsome. It has been critiqued as wishy-washy, a failed cultural strategy, or as an expression of weakness rather than strength.

While this is certainly an important conversation for any evangelical right now, it is particularly relevant for Reformed Theological Seminary because we have historically emphasized the importance of being winsomely Reformed.

Indeed, I can still remember that I was asked about this issue in my original faculty interview, back in 2001. The concern was not just that we hold firmly to historic Reformed theology, but that we do so with a posture of grace, warmth, and respect—especially with those we disagree with. It was clear to me at the time that this value extended back to the earliest days of the seminary.

So, whatever one might say about the desire that we be winsomely Reformed, I don’t think it can be chalked up to recent cultural pressures. RTS, at least, was concerned about this back in the 80’s and 90’s (and before)—long before social media, Trump, and recent divisions in evangelicalism.

So, I thought it might be helpful to lay out what it means to be winsomely Reformed, and why that matters.

What Do We Mean by “Winsome”?

The English word “winsome” is not a biblical word, per se. That is, it does not appear, for example, in the ESV. But it is typically used as more of a catch-all term designed to summarize the kind of Christian character emphasized in the Bible.

Put on, then, as God’s chosen ones, holy and beloved, compassionate hearts, kindness, humility, meekness, and patience, bearing with one another . . . And above all these put on love, which binds everything together in perfect harmony.

So, the word “winsome” is just a way of summarizing what these verses are describing. In more modern terms, to be winsomely Reformed is to be Reformed but not boorish, curmudgeonly, or quarrelsome.

With a little bit of a definition behind us, we turn to the question of why this all matters. Let me offer a few reflections on why I think winsomeness is important for us to emphasize.

So, whether it’s 1822 or 2022, whether we are culturally favored or disfavored, whether it’s an election year or not, we are to act like Christians.

It should also be said that being winsomely Reformed does not mean that one is weak, fearful, or lacking in conviction. To say we should be winsome is not to say everything a Christian should be. Christians should also be strong and faithful, even courageous and bold.

But let us not confuse being strong with being belligerent. Nor should we mistake being bold with being caustic. The loudest and most aggressive people are not always the ones with the most confidence in God’s word.

Ironically, behaving in such a manner makes us come across like we have a theological version of a Napoleon complex, always trying to make up for some insecurity. Whereas true confidence flows from a deep and quiet trust in God’s sovereignty, leaving the outcome to him.

Because Our Character Affects the Way Our Message is Received

Ok, let me be clear. Even if we were perfect and sinless, we would not be loved and accepted by our world. Indeed, Christ was perfectly sinless, and yet despised and hated by many. So, no one is arguing that being winsome suddenly causes everyone to convert.

This should do away with the common misconception that being winsome is some sort of cultural strategy. Some have critiqued winsomeness because it has failed to “win over” our hostile culture. But, I don’t know of anyone who believes this is the purpose of winsomeness. We should be winsome simply because it’s the right thing to do—regardless how anyone responds.

But saying good character will not automatically win over our world, is not the same thing as saying our character is irrelevant to how people receive our message. If a pastor is known for being a philanderer or embezzler of money, we do not pretend this is irrelevant to how he is heard in the pulpit. Character, and the credibility that goes with it, affects the way our words are received.

And the Bible confirms this reality. Jesus tells us, “Let your light shine before others, so that they may see your good works and give glory to your father who is in heaven” (Matt 5:16). We are called to shine the brightest rather than shout the loudest.

Likewise, Peter tells us that when we defend the faith, “do it with gentleness and respect, so that, when you are slandered those who reviled your good behavior in Christ may be put to shame” (1 Pet 3:15-16).

Note that in both these passages, it is our “good works” or “good behavior” that affects those who hear our message. While most may reject our message, there are still some who receive it—and our character affects that reception.

Even Jesus won over some people by his behavior. The centurion at the foot of the cross, after seeing Jesus’ actions on the cross, even declared, “Surely this was a righteous man” (Luke 23:47).

Because the Reformed World Needs to Grow in This Area

While every branch of evangelical Christianity needs to be winsome, I think it is fair to say that Reformed folks certainly need that reminder as much as anyone.

The standing joke is that every time someone converts to Reformed theology, they go through a “cage stage” where we feel obligated to lock them away for a period of time, hoping they will grow out of their newfound zeal which often plows people over in aggressive ways that are, well, less than winsome.

While other theological traditions might have their own “cage stage,” there is a history of this behavior in the Reformed world. It might be helpful to read (or re-read) John Frame’s article, “Machen’s Warrior Children,” so as to recognize this pattern over time.

To be clear, I don’t think Reformed theology itself is the problem here. On the contrary, Reformed theology, properly understood, should lead to humility and kindness. But, there does seem to be something in Reformed culture that needs to be addressed—and calling people to winsomeness is one small step in that direction.

In sum, to be winsome is to be like Jesus. Strong and gentle. Courageous and kind. Bold and loving.  Jesus said as much about himself: “Take my yoke upon you, and learn from me, for I am gentle and lowly in heart, and you will find rest for your souls” (Matt 11:29).