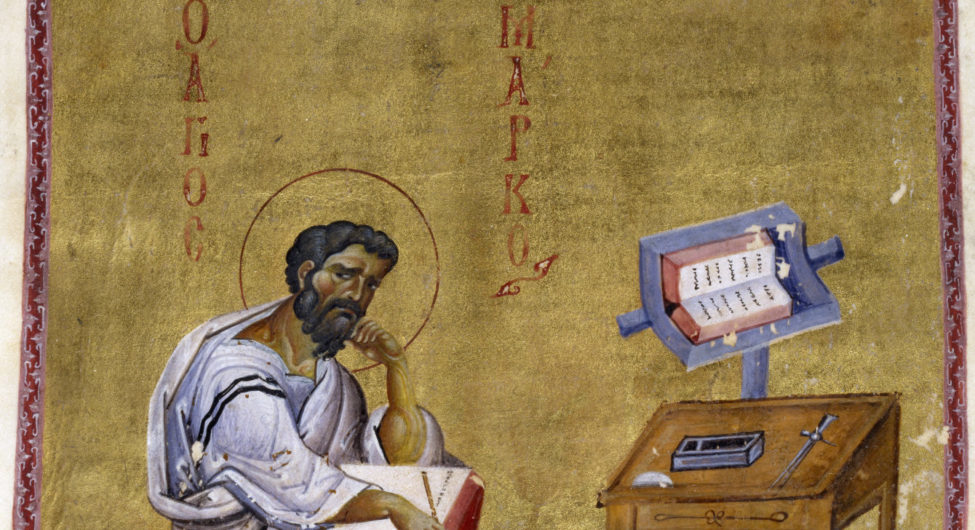 These questions are too big to answer in a single blog post, but I think there are reasons to challenge the idea that oral tradition should always be the default explanation:

First, early Christianity was not an oral religion. Sure, traditions of Jesus were transmitted orally, but this is not the same thing.  We cannot confuse a medium of transmission with a mentality (or disposition) of early Christian culture.  I have argued elsewhere that early Christianity was a religion of textuality, even if most its adherents were illiterate (as were most people in the ancient world).  For more, see my Question of Canon, 79-118.

Second, the authors represented in the Apostolic Fathers were obviously literate. Not only were they producing written sources, but they show awareness of (and interact with) other written sources. Indeed, the letter exchanges in early Christianity were rapid and extensive (see such exchanges in Polycarp’s letter to the Philippians as one example).

So, if these authors were quite textually oriented, why should we assume they mainly drew on oral tradition?  Of all the people in early Christianity likely to be influenced by written texts, it would’ve been these authors!

Third, by the time these authors wrote in the second century, earlier generations of Christians had already exhibited significant interactions with written texts.  For instance, the authors of Matthew and Luke seemed to know Mark (and possibly Q) and interacted with these writings textually. John may have known the texts of the Synoptics. And all of these Gospels interacted with the text of the OT.

So, if first-century Christians interacted often with written texts, then why would we assume Christian writers in the second century only used oral tradition?

Fourth, a number of times the Apostolic Fathers actually mention that they know of written Gospels! As just one example, Papias was Bishop of Hierapolis and wrote around 125AD (see inset picture!).  He tell us plainly about the written gospels of Mark and Matthew:

The Elder used to say: Mark became Peter’s interpreter and wrote accurately all that he [Peter] remembered. . . . Matthew collected the oracles in the Hebrew language, and each interpreted them as best he could.

What’s particularly noteworthy is that Papias received his information directly from “the Elder” who is no doubt “John the Elder” he mentions elsewhere as a follower and disciple of Jesus himself.  Thus, although Papias is writing around 125 AD he is actually referring to a much earlier time when he received this tradition, probably around 90AD.

Here, then, is the key point: Papias attests to the fact that at the end of the first century, one of the primary ways Christians were receiving Jesus tradition was through written gospels, two of which were named Matthew and Mark (!).  This fact alone should challenge the notion that only oral tradition can/should explain all citations in the Apostolic Fathers.

On the contrary, the “bookish” nature of early Christianity, and its deep textual identity, suggests that we should be open to the idea that these authors—at least sometimes—knew and used written Gospel texts.