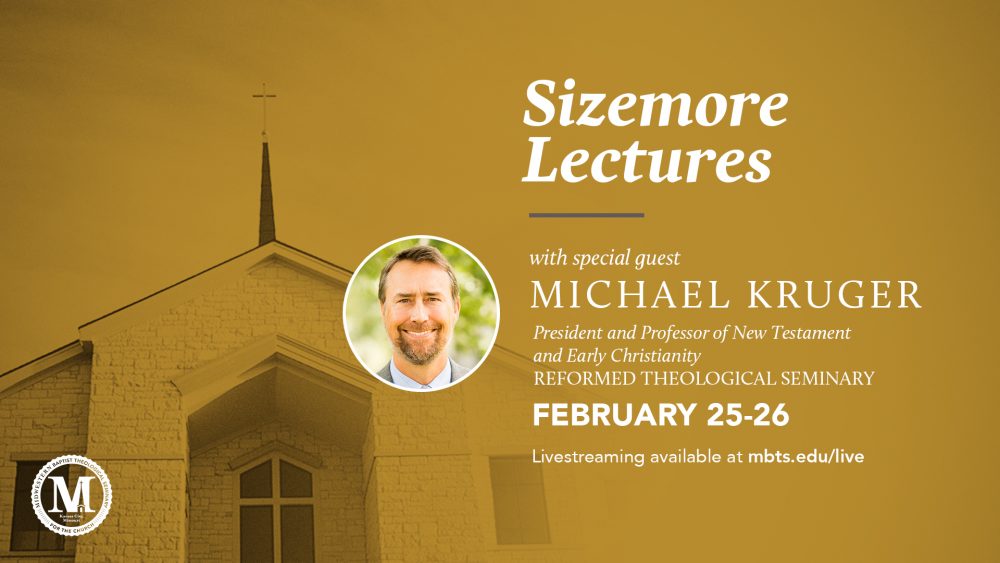 A number of years ago, Everett Kalin wrote a well-known doctoral dissertation arguing that the early church fathers did not see inspiration as something that was uniquely true of canonical books.  Why?  Because, according to Kalin, the early Church Fathers saw their own writings as inspired.   Ever since, a number of scholars have repeated this claim (Sundberg, Allert, MacDonald, et al.), insisting that the early fathers saw nothing distinctive about the NT writings as compared to writings being produced in their own time period.

Well, despite the popularity of this position, I find it to be highly problematic. Indeed, my rebuttal will be the topic for the Sizemore Lectures this week (Feb 25-26) at Midwestern Seminary in Kansas City. Moreover, my research on this topic will be a chapter in a multi-author volume on the NT canon, forthcoming with E.J. Brill.

Of course, there is not space here to lay out my full argument. But, here is a preview of my lectures:

Lecture #1: “Were the Church Fathers Inspired in the Same Way as Scripture?”

Kalin’s research was right about one thing, namely that early Christians did use inspiration-like language for sources outside the scriptural writings. It was not unusual, for example, for church fathers to claim that they were speaking or writing through the Holy Spirit.

But is such a phenomenon enough to warrant Kalin’s claim that there was no difference between the kind of inspiration present in the fathers and the kind of inspiration attributed to scriptural writings?  I think not.  In fact, several lines of evidence suggest church fathers used inspiration language in different ways, some of which was applicable to scripture and some of which was applicable to lower/lesser authorities. Consider the following:

1. Some church fathers used “inspiration” language even to refer to pagan writers like Plato. Are we to think that they viewed played as inspired in the same way as Scripture? That is difficult to sustain given what we know about the view of Scripture among the church fathers.

2.  Many of the supposed examples of the inspiration of the church fathers are instances where a writer simply acknowledges the Spirit is at work in the church—a rather basic truth that by no means proves Kalin’s view.

3. Many of Kalin’s examples involve inspiration language being applied to books from the OT or NT Apocrypha. But this doesn’t necessarily prove Kalin’s view. Some church fathers may have actually considered some of these books to be inspired like Scripture. Thus, they didn’t have a wider view of inspiration, just a wider view of the canon! Other church fathers may have attributed a lesser, more informal type of inspiration to these apocryphal books.

4. Early Christian sources plainly viewed the apostles as speaking with a distinctive divine authority on par with the OT prophets, separate from and higher than ecclesiastical authorities. Thus, in this instance at least, there is a higher form of inspiration that the church fathers clearly do not enjoy.

5. A number of patristic writers expressly differentiate levels of inspiration. For example, Tertullian used inspiration language to describe Paul’s authority and distinguishes it from the kind of inspiration found in Christians generally:

“It is true that believers likewise ‘have the Spirit of God’ but not all believers are apostles . . . For apostles have the Holy Spirit properly.”  (Exh. cast. 4.5)

Given that there was a distinctive, unique type of inspiration true of only Scripture, there is still a secondary (and perhaps more foundational) question: Did early Christians have a way to identify such books as inspired?  Put differently, did they think there was a way to apprehend a book’s inspiration directly?

Bruce Metzger hints at the answer:

“During the second and succeeding centuries, the authoritative word was found, not in the utterances of contemporary leaders and teachers, but in the apostolic testimony contained within certain early Christian writings. From this point of view, the Church did not create the canon, but came to recognize, accept, affirm, and confirm the self-authenticating quality of certain documents that imposed themselves as such on the church” (Canon of the New Testament, 287; emphasis mine).

Here, Metzger affirms that early Christians believed that apostolic books were self-authenticating, meaning that they had certain qualities about them that revealed their divine character. It’s not so much that books claim to be divine (although some do), but they evidence themselves to be divine by their internal qualities.

In this second lecture, I will argue that the early church fathers affirmed a self-authenticating Scripture. Though the full argument cannot be repeated here, Origen’s comments are illustrative of this approach:

“If anyone ponders over the prophetic sayings…it is certain that in the very act of reading and diligently studying them his mind and feelings will be touched by a divine breath and he will recognize the words he is reading are not utterances of man but the language of God.”

If you are in the Kansas City area this week, then please come join us! Otherwise, you can livestream the event on the Midwestern Seminary website.