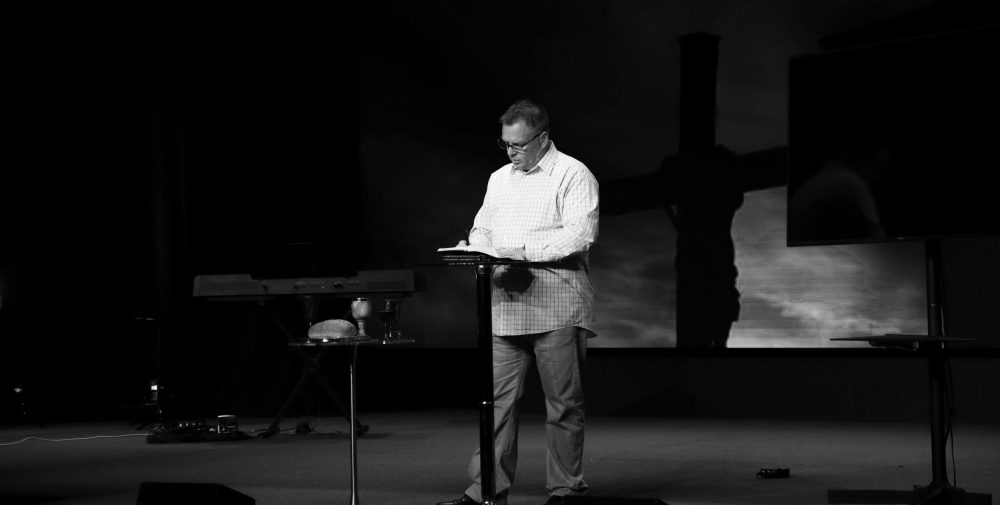 As I continue to do the rounds of podcasts and interviews for my new book, Surviving Religion 101, the same question keeps getting asked:

What can parents (and churches) do to help better prepare their kids for the intellectual challenges of college?

In a prior post, I mentioned this issue and offered one solution to that problem: “Parents and churches need to consider ways to introduce their children, at age-appropriate levels, to non-Christian philosophies, arguments, and criticisms, along with a proper Christian response.”

In other words, we need to break out of the theological bubble in which we typically operate, and be willing to critically and substantively engage views different than our own.

But that is not all that can be done. In this post, let me mention another way we can address this problem, and that is by fixing the one thing that is missing in most sermons today.

In my role as a seminary professor, I have heard a lot of sermons over the years. Some of these are from students preparing for ministry, but many are from seasoned pastors who’ve been in the pulpit for years.

And these sermons seem designed to do many positive things: inform, proclaim, teach, explain, illuminate, clarify, comfort, encourage, and motivate. And, sometimes, they do some less positive things: entertain, titillate, speculate, charm, beguile, and even amuse.

But there is one thing that very few sermons do, and that is persuade.

Now, a persuasive sermon may not be what you think. For most people, the word brings to mind formal “apologetics” where we make the case for Christianity over and against other worldviews.

And while some formal apologetics may be involved, I am using “persuade” here to refer to how a pastor might seek to show that any particular Christian doctrine, truth or behavior is genuinely wonderful, excellent, and worthy of our lives, and thereby better than any other alternative that is out there.

When pastors think this way, they are concerned with more than just telling people what is true (although that matters very much), but convincing someone that it is true, and helping them see why it is worthy of their affirmation.

To preach this way is to want the congregation to say to themselves, “Yes, that’s true after all!” or “Wow, that really makes sense!” We are not asking our congregations to do something, but to embrace something. We are asking them to love God not just with their actions, but also with their minds.

Now, if a preacher preaches with persuasion as a goal, then that will impact how he prepares for sermons. It means he must understand the alternative doctrines, truths or behaviors that his congregation might be encountering (and this will vary from church to church).  In other words, it will require the pastor to study not only the Bible (which is, of course, essential), but also study the world in which he lives, and the various belief systems in it.

Of course, all of this just raises an obvious question: Why don’t pastors preach more with persuasion? What keeps them from doing this?

One possibility is that some pastors may simply not be equipped to do so. They may be experts in the Westminster Confession, or the fine points of church history, but they know next to nothing about the intellectual climate their congregations are in.

Part of the reason for this lack of preparation may just be a misunderstanding of their role. They may have forgotten that a preacher’s job is not merely exegeting a text but also exegeting an audience. They try to preach like they live in the 17th century rather than the 21st.

But I think there’s an even bigger reason why pastors don’t preach with a goal to persuade, and that is they assume their congregation is pretty much with them on the major points of Christian doctrine.

In short, they assume their congregation doesn’t need to be persuaded. After all, they are members of the church already!

While such a naive view of one’s congregation would never have worked in any generation, it certainly will not work in this one. Pastors can no longer assume their people are “with them” when they tackle tough biblical truths.

It’s not just college students that need to be reassured about what they believe. Even the most committed believer struggles with doubts and needs to be shown again why their beliefs make sense. And pastors need to be the ones to do this.

The perfect example of this approach is the book of Hebrews. Written to an audience struggling with doubt, and which may have been delivered originally as a sermon, the author doesn’t just say Jesus is better, but proves he is better.

Here’s a video of me summarizing the case for persuasion in preaching: