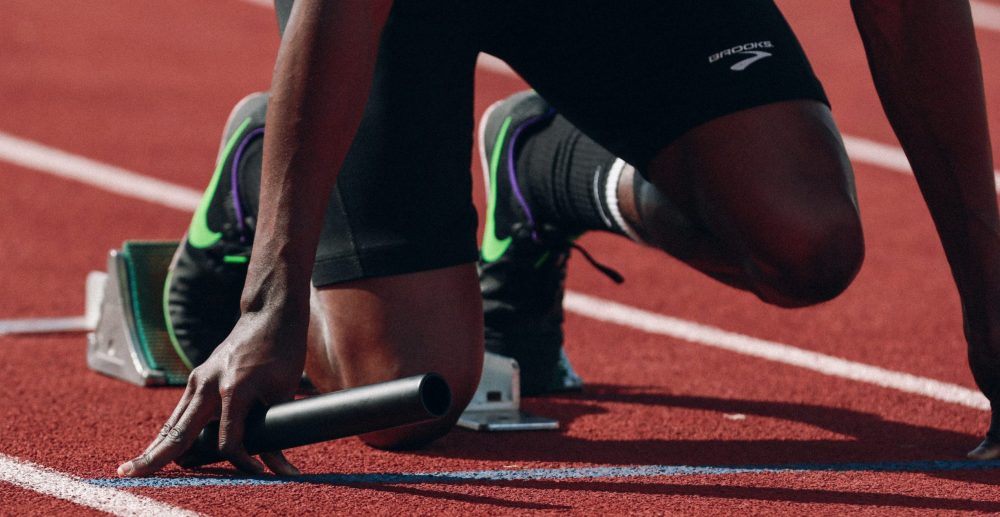 That was the verse that was handed to Scottish runner Eric Liddell moments before he ran the 400 meters in the 1924 Olympics.  It was not the event that he had trained for. He was a sprinter and was favored in the 100 meters. But the heats for the 100 were on a Sunday, and he would not run.

Although hailed as a hero now (and made famous by the movie Chariots of Fire), Liddell’s refusal to run on Sunday made him the object of severe ridicule and scorn by both the British people and the British press. The honor of Great Britain was at stake, after all.  You don’t throw that aside for mere religious conviction.  Country first, God second.

But not for Liddell.  Most people didn’t realize Liddell was running a very different race than they thought.  The most important race for him was not the 100 meters, but the race of the Christian life. And he was determined to finish well.

The Scriptures often compare the Christian life to running a race. Indeed, Hebrews 12:1-2 employs athletic imagery from the Greco-Roman world to describe this great race:

Therefore, since we are surrounded by so great a cloud of witnesses, let us also lay aside every weight, and sin which clings so closely, and let us run with endurance the race that is set before us, 2 looking to Jesus, the founder and perfecter of our faith, who for the joy that was set before him endured the cross, despising the shame, and is seated at the right hand of the throne of God.

In the brief video below, I offer a devotional thought on this passage for my home church, Christ Covenant. Enjoy!