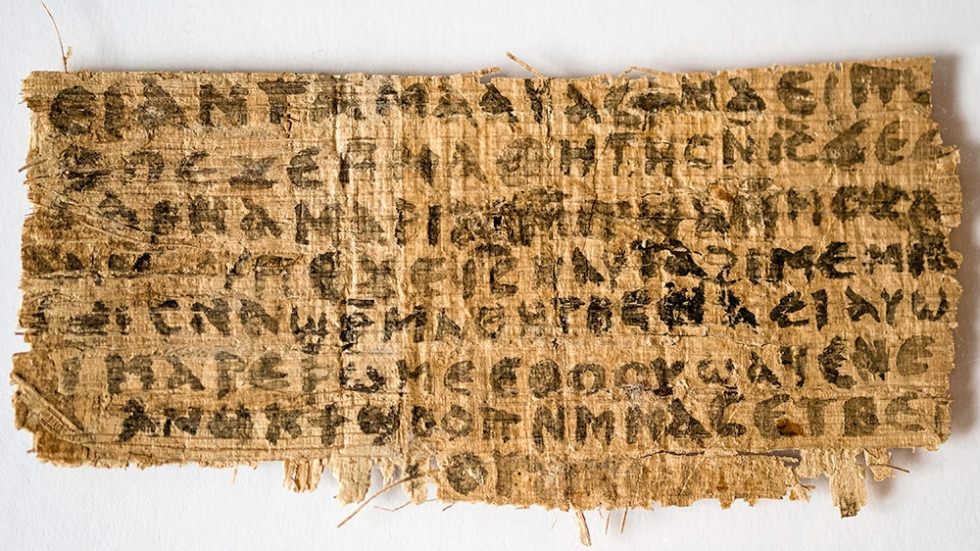 It has been a while since the so-called Gospel of Jesus’ Wife has been in the headlines.  It was originally unveiled by Karen King at Harvard (here), but quickly exposed as a likely forgery. I have also written on the fragment (here and here).

While this document’s status as a forgery is relatively certain, what has been uncertain (until now) is the identity of the forger.  Who was the person who created this document and convinced King and others to promote it?

The forger must have had some Coptic abilities.  But, the abilities would have had limits–as demonstrated by the mistakes in the Coptic text.

What is remarkable is that King herself has not undertaken a rigorous investigation of the document’s origins and provenance. Who discovered this document? Who owned it? And how was it passed along?  If the authenticity of a document is in doubt, this is an important avenue to pursue.  But no one has wanted to pursue it.

But, now someone finally has.  A journalist named Ariel Sabar has just published a splendid piece in The Atlantic documenting the history of this forgery and tracing it back to the current owner, and likely forger, a rather shady German business man, and washed-out Coptic student, named Walter Fritz.

I cannot recap the details of the article here–it is extremely lengthy–but Fritz (if he is the forger) appears to have been motivated by a number of causes.  At the core, he seems to have been frustrated with the Catholic church and its teachings (apparently due to abuse he suffered at the hands of a Catholic priest).

More than this, he and his wife apparently were fascinated with Da Vinci Code-style conspiracy theories of the history of the church and the suppression of women.  Needless to say, this presents a rather compelling motivation for a forgery such as this.

The final unveiling of the likely forger (though Fritz himself continues to deny it) highlights a number of lessons to be learned.  But, at the core, it exposes that (some branches of) modern scholarship sometimes find what they want to find. And no one wanted to find out about the history and provenance of this document.  This article shows that much could have been learned if that had been done.  And it should have been done.  Long before now.

Even Ariel Sabar, the author of this article, recognized the importance of tracing the origins of a document:

Forensic specialists had told me early on that anyone with the technical skill to fake an ancient Coptic papyrus would have no trouble concocting modern-day provenance papers. But after reading a short history of manuscript forgery by Christopher Jones, the Harvard classicist, in last July’s New Testament Studies, I wondered whether they’d gotten it backwards. “Perhaps the hardest thing of all to forge is provenance,” Jones wrote. A manuscript is a physical object; to convincingly fake one, all you need are the right tools and materials. Provenance, however, is historical fact: a trail of dates, places, buyers, sellers. To convincingly fake provenance, you need to rewrite history—often recent history.

I couldn’t agree more.  If sufficient work on the provenance of this document had been done originally, it is likely that its status as a forgery would have been revealed even sooner.

For those interested, here is a helpful summary video of Sabar’s article: 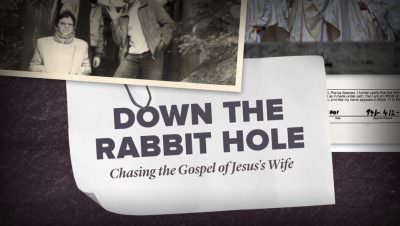 UPDATE: As of 7PM this evening (6/16), Karen King has responded to the Atlantic article and now acknowledges the fragment is probably a fake. See here.