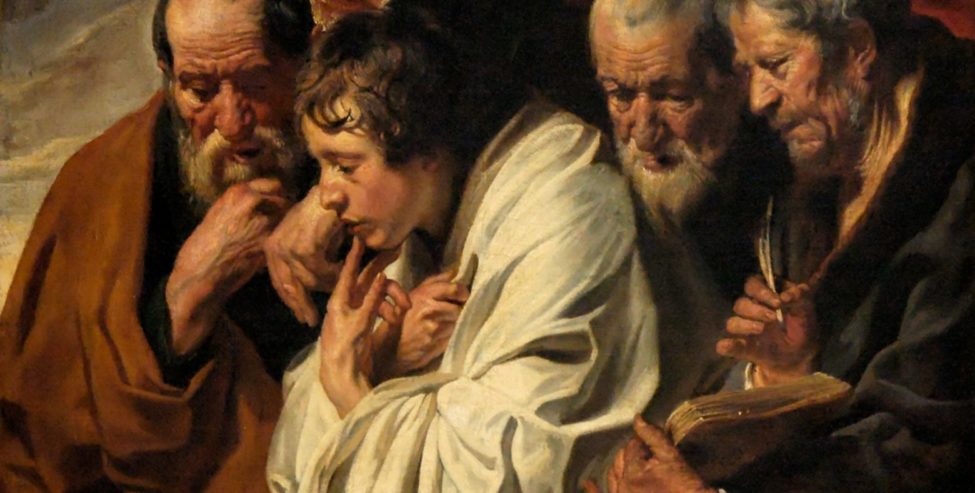 Note: This is the fifth installment of a blog series announced here.

When it comes to basic facts about the NT canon that Christians should memorize, one of the most critical is the statement by Irenaeus, bishop of Lyons, around A.D. 180: “It is not possible that the gospels can be either more or fewer than the number they are.  For, since there are four zones of the world in which we live and four principle winds… [and] the cherubim, too, were four-faced.”[1]

Here Irenaeus not only affirms the canonicity the four gospels, but is keen to point out that only these four gospels are recognized by the church.   Indeed, Irenaeus is so certain that the canon of the gospels is closed that he can argue that it is entrenched in the very structure of creation—four zones of the world, four principle winds, etc.

In an effort to minimize the implications of Irenaeus’ statement, some scholars have suggested that only Irenaeus held this view.  He is thus portrayed as lonely, isolated, innovator who is trying to break into new and uncharted territory.  This whole idea of a fourfold gospel, we are told, was invented by Irenaeus.

But, does this Irenaeus-as-innovator approach fit the facts?  Not really.  There are several considerations that raise doubts about it:

1. Irenaeus’ own writings.  When Irenaeus talks about the fourfold gospel in his writings, he gives no indication that he is presenting a new idea, or that he is asking the reader to consider a new concept.  On the contrary, he speaks in a manner that assumes the reader knows and follows these same gospels.  He speaks of them naturally and unapologetically.  In short, Irenaeus does not write like a person advocating the scriptural status of these books for the first time.

2. Irenaeus’ contemporaries.  The idea that Irenaeus was alone runs into a serious challenge, namely that there were other writers at the end of the second century that affirmed these same four gospels as exclusive.  The Muratorian fragment, Clement of Alexandria, and Theophilus of Antioch are examples.   Apparently, Irenaeus was not the only one under the impression that the church had four gospels.

3. Irenaeus’ Predecessors. Although the evidence prior to Irenaeus is less clear, we can still see a commitment to the fourfold gospel.  For instance, Justin Martyr, writing c.150, refers to plural “gospels”[2] and at one point provides an indication of how many he has in mind when he describes these gospels as “drawn up by His apostles and those who followed them.”[3] Since such language indicates (at least) two gospels written by apostles, and (at least) two written by apostolic companions, it is most naturally understood as reference to our four canonical gospels.[4]

This is confirmed by the fact that Justin cites from all three Synoptic Gospels,[5] and even seems to cite the gospel of John directly, “For Christ also said, ‘Except ye be born again, ye shall not enter into the kingdom of heaven’” (cf. John 3:3).[6]   The fact that Justin was the mentor for Tatian (who produced a harmony of the four gospels) provides yet another reason to think that he had a fourfold gospel.

In the end, there are ample reasons to reject the idea that Irenaeus was the inventor of the fourfold gospel canon.  Not only did his contemporaries have this same view, but this view was even shared by those before him.  Thus, we must consider the possibility that Irenaeus was actually telling the truth when he says that the fourfold gospel was something that was “handed down”[7] to him.