I’ve been working my way through a blog series in light of the recent release of my book, Surviving Religion 101: Letters to a Christian Student on Keeping the Faith in College (Crossway, 2021). This series includes 7 videos that tackle key intellectual questions about the Christian faith.

We now come to the seventh and final video, and this is a big one: “How Can I Believe in a Miracle If I’ve Never Seen One?”

Of course, skepticism over the supernatural is nothing new. Even when it seems a miracle just may have occurred, the knee-jerk reaction of most people is to prefer a naturalistic explanation: someone is lying, eyewitnesses are confused, maybe someone is having a hallucination, etc.

This reminds me of the scene in The Lion, the Witch, and the Wardrobe in which Lucy returns from her first magical trip through the wardrobe. After describing the wonderful land of Narnia—and how she met a faun named Tumnus—her siblings conclude that she is just making up stories. Lucy runs off in tears. Later, Peter and Lucy discuss the situation with the professor, worried that something might be wrong with their little sister. They are shocked to discover that the professor might just believe her!

Susan’s response represents the classic position that miracles are impossible: “But this couldn’t be true—all this about the wood and the Faun. . . . We thought there might be something wrong with Lucy.” Notice that Susan’s skepticism about the miraculous leads her to assume a naturalistic explanation, namely, that Lucy is mentally ill.

But the Professor pushes back by pointing out that there’s other evidence to consider:

What makes the difference with the professor is that he is not closed off to the possibility of the miraculous. Thus, he does not feel compelled to always pick a non-miraculous explanation. With a credible eyewitness like Lucy (who’s more credible than Edmund), he is quite willing to think that a miracle might just have occurred.

So, here’s my video addressing this important subject: END_OF_DOCUMENT_TOKEN_TO_BE_REPLACED

In my most recent post, “Are Miracles Improbable? Rethinking What Makes Something ‘Likely’ to Happen,” I analyzed (and critiqued) the main arguments against miracles.  And, like any discussion of miracles, I felt required to mention the work of Scottish philosopher David Hume.

I can still remember walking by David Hume’s statue almost every day when I was studying at the University of Edinburgh years ago (see main photo).  He always seemed to stare at me as I passed by.  I could hear his hypothetical question in my head, “Why do you believe in miracles if you’ve never seen one?” 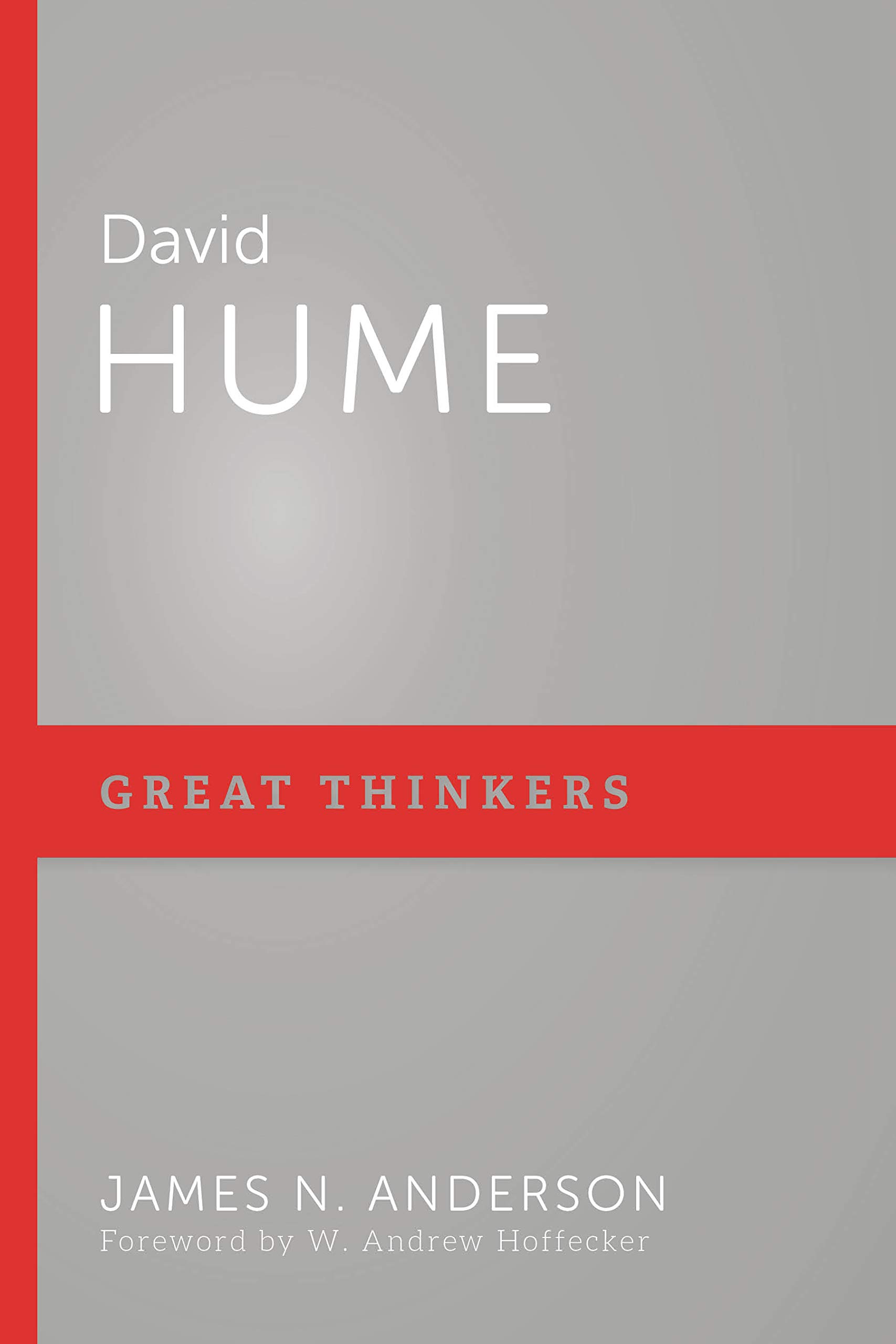 For those who want to dive deeper into Hume (and the issue of miracles), there’s a great forthcoming book on David Hume, by RTS Charlotte’s own James Anderson, the Carl W. McMurray Professor of Theology and Philosophy.

Knowing Anderson’s other philosophical works, you will find a clear, compelling volume that is both accessible to the beginner, but deep enough for the seasoned philosopher. I regularly marvel at how James can pack so much depth into such concise volumes.

For other examples, see Anderson’s What’s Your Worldview? and also Why Believe Christianity?

Given Hume’s influence, this will make a wonderful introduction to the basics of how apologetics is done from a Reformed perspective.

Our world’s skepticism over miracles is nothing new.  Ever since David Hume, philosophers and scholars have been making the case against the possibility of miracles.

But, now things have shifted. Hume has been roundly (and decisively) rebutted and philosophers now realize that one cannot prove miracles are impossible.  But, not to worry, now there’s a new argument.  Now the argument is that miracles are simply improbable.

So improbable, in fact, that we should never prefer a miraculous explanation over a naturalistic one. Given how unlikely miracles are, it is always more likely that a miracle did not occur. Thus, it is argued, historians would have no reason to ever affirm that a miracle actually took place.

New Testament scholar Bart Ehrman, has made exactly this argument. Give the improbability of the resurrection, he insists that we must always choose another explanation: “Any other scenario [besides a miracle]—no matter how unlikely—is more likely than the one in which a great miracle occurred, since the miracle defies all probability (or else we wouldn’t call it a miracle)” (How Jesus Became God, 173).

Now, this sort of argument sounds persuasive at first glance. But, it runs into some serious problems. END_OF_DOCUMENT_TOKEN_TO_BE_REPLACED

I recently wrote a review of Craig Keener’s wonderful (and lengthy!) new book, Miracles: The Credibility of the New Testament Accounts (Eerdmans, 2011).  Although the review will soon be available on the Themelios webpage, I thought I would mention one particular positive here.  As one might expect, Keener devotes a substantial portion of the book refuting Hume’s well known argument against the possibility of miracles.  The problem, as he so deftly points out, is that Hume’s argument is fallaciously circular.

Keener observes, “[Hume] argues, based on ‘experience,’ that miracles do not happen, yet dismisses credible eyewitness testimony for miracles (i.e., others’ experience) on his assumption that miracles do not happen” (109, emphasis his).  Put differently, Hume’s argument is based on the “uniformity of human experience against miracles” (112); a uniformity that he can establish only if he rejects, a priori, all eyewitness claims to miracles.  Thus, Hume assumes what he is trying to prove.

But, Keener goes even further. One of the reasons Hume was able to appeal to the supposed “uniformity of human experience against miracles” is because of the “lack of many comparable modern claims” (209) in his own day.  In other words, Hume and his contemporaries did not have access to the abundant miracle claims in the world around them.  Keener seeks to remedy this problem by devoting a significant portion of his book, chapters 7-12, to cataloging the variety of miracle reports available in our modern time.  This is a most fascinating section of the book and stunningly rich in detail and documentation.  Keener offers accounts from all over the world, but focuses mainly on the “majority world,” including Asia, Africa, Latin America, and the Caribbean.

Not only does this survey effectively refute Hume’s appeal to the uniformity of human experience against miracles, but it also effectively challenges traditional Western assumptions about religion in the developing world.  Anti-supernaturalists will often dismiss miracle claims from these parts of the world due to the fact that they view the inhabitants as primitive, uneducated, and, to some extent, gullible.  But, Keener points out that such an approach is blatantly “ethnocentric” and “derogatory” (222).

Thus, the academic elite in America and Europe find themselves in an ironic dilemma. While they are often quick to critique others for being ethnocentric, they find themselves guilty of these very charges when they reject the miracle claims of the non-Western world on the basis of its so-called “primitive” culture.  They are caught in the trap of their own political correctness.

With this turning of the tables, one cannot help but think of Shakespeare’s play Hamlet when Hamlet takes the letter ordering his own execution and replaces his name with the names of Rosencrantz and Guildenstern.  He then declares, “For ’tis sport to have the engineer Hoist with his own petard.”  Or as Prov 26:27 says: “He who digs a pit will fall into it himself.”