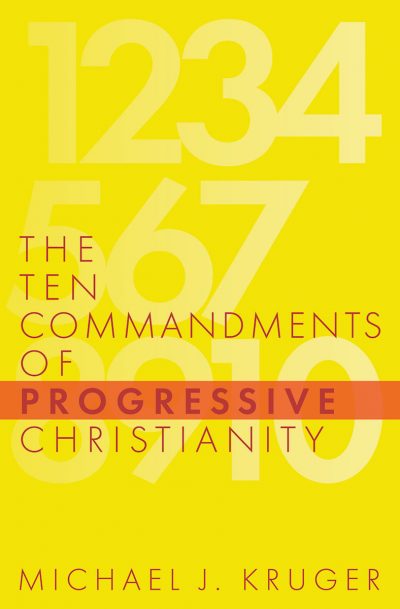 So, for further reflection, here are the ten tenets of progressive Christianity: END_OF_DOCUMENT_TOKEN_TO_BE_REPLACED

There are countless stories of evangelicals who head off to Ph.D. programs in hopes of becoming a professor and having a positive influence in the secular university environment. This is particularly the case in the fields of biblical studies or philosophical theology. And such aspirations are certainly commendable.

Unfortunately, the outcome of such endeavors is not always as expected. While these evangelicals intend to influence the academy, very often the academy ends up influencing them. As a result, many evangelicals end up abandoning the very commitments that led them towards advanced study in the first place.

Such is the story of Thomas Oden. Oden received his Ph.D from Yale under Richard Niebuhr and was enamored with the theology of Marx, Nietzsche, Freud, and Bultmann. He interacted with some of the greatest minds of his generation such as Gadamer, Pannenberg, and Karl Barth. He was a classic liberal scholar.

But, then Oden had a change of heart. He tells the story in his book, A Change of Heart: A Personal and Theological Memoir (IVP, 2014). One day a Jewish friend looked him in the eye and reminded him of something very few would dare to say: that he would stand under divine judgment on the last day.

Then his friend said, “If you are ever going to become a credible theologian instead of a know-it-all pundit, you had best restart your life on firmer ground” (137).

The words struck a nerve and Oden began a journey that eventually resulted in a 180 degree turn away from liberalism and towards historic, traditional Christianity. Oden’s story provides a rare glimpse into the world of modern liberal scholarship from the perspective of someone who used to believe all the standard critical views but then changed his mind. Thus, there are a number of lessons we can learn from his journey:

Lesson 1: Contemporary scholarly methods do not always lead one to truth.

The Goliath of the modern academy can be an intimidating foe. People naturally assume that the consensus of modern scholarship must be right. But, Oden discovered that much of what he was taught was flat out wrong. He states, “I had put too much uncritical trust in contemporary methods of historical study and behavioral engineering. . . the change in perception was momentous for me.” (139).

Lesson 2: Many of the questions raised by modern scholars have been addressed (long) before in the history of Christianity.

When critical scholars uncover what they regard as incongruities or problems with the Bible (or Christianity), they are often presented as new discoveries that no one has heretofore noticed or addressed. But, as Oden began to read early Christian writers, particular in the first few centuries of the faith, he realized (to his surprise) that they were quite aware of these challenges and difficulties and were already addressing them head on. He writes, “Every question I previously thought of as new and unprecedented, I found had already been much investigated” (138).

Lesson 3: The quest for originality and newness can be a dangerous one.

One of the standard values of many modern scholars is that new is better than old. New approaches, new ideas, new ways of thinking are highly prized. Old ways are archaic, out of date, and primitive. Oden confesses that he used to think this way, “I had been enamored with novelty. Candidly, I had been in love with heresy” (140). But, then he came to realize that theology can be done more reliably and faithfully by uncovering the historic Christian teachings on a particular subject, rather than trying to come up with something utterly new. Oden describes his new direction, “I set about trying scrupulously to abstain from creating any new doctrine. It was the best decision I made as a theologian…I realized that I could be a theologian simply by reflecting accurately out of the great minds of Christian teaching” (144).

Sometimes people have the misperception that scholarly arguments and opinions have no influence on culture and society—they are just ideas locked away in the ivory tower. So people think. But, Oden realized that his liberal scholarly views had serious social consequences. They can impact real lives. And after he changed his direction, he lamented and regretted these consequences. He writes, “My past visions of vast plans for social change had irreparably harmed many innocents, especially the unborn. The sexually permissive lifestyle, which I had not joined but failed to critique, led to a generation of fatherless children. The political policies I had promoted were intended to increase justice…but ended in diminishing personal responsibility and freedom” (145). Oden then states, “Since true guilt was seldom mentioned in modern secular ethics, I had to learn to repent, to see my own arrogance.”

Lesson 5: The modern scholarly community is not tolerant like people think.

There is a perception out there that the academy is a community committed to neutrality, tolerance, and intellectual freedom. Professors are free to have whatever beliefs they find compelling and supported by the evidence. Right? While there are still faculty (and institutions) that share this approach, there are many who do not. And Oden discovered this reality. After changing intellectual directions his colleagues did not respond with tolerance. They did not give him his intellectual freedom. They did not allow him to hold his own convictions. On the contrary, he was vilified, marginalized, and viewed as an intellectual pariah. He writes, “My colleagues viewed my reversed direction as disastrous academically and they urged me to reconsider…To become an articulate Christian believer in a modern university is to become a pariah to many” (146). And Oden was treated this way for holding believes that have been part of historical Christianity for thousands of years.

Lesson 6: A faithful voice can have a significant impact.

Evangelicals are so outnumbered in the academy that it would be easy to conclude they have no impact. However, the rarity of biblical fidelity at the higher levels of scholarship makes such voices stand out all the more. Although Oden did not see the fruit of his labors at first, it turned out that many were impacted, influenced, and encouraged by his writing and his ministry. In fact, it turned out that many other liberal scholars in his day followed the new path towards traditional Christianity. He writes, “I at times imagined that I was the only one who was on this eccentric path backward from modern accommodation to classic Christianity…But as I learned to listen to the life stories of others who has similar trajectories to mine, I found their companionship encouraging” (178).

Lesson 7: Modern Ideologies will eventually collapse under their own weight.

Oden tells the story of how modernity collapsed during the 1960’s and 1970’s because its worldview proved to be too problematic. That movement has now been replaced by postmodernity. But, that movement too will eventually collapse under the weight of its own incoherence and internal inconsistency. Oden argues that this is a cycle of the world, but that biblical Christianity will always remain. He writes, “The good news is that the seeds of God’s good news are planted in every dying culture. What is ahead of postmodernity? No one knows, but whatever it is, it will not succeed in destroying the deep roots of Christian memory” (164).

These seven lessons provide both warnings and encouragements for evangelical scholars today. They are a warning about the lure of the academy and the dangers of always trying to come up with something new. And they are an encouragement that fidelity and faithfulness to Scripture are more important than academic respect and the accolades of one’s colleagues.

And more than anything else, it is an encouragement that while challenges to Christianity come and go, the long view of history shows that Christianity will prevail.