When it comes to the New Testament, there are two criticisms that have been used for years, and often at the same time.  The problem, however, is that upon closer examination they prove to be largely incompatible with one another.  Let us examine each in turn. END_OF_DOCUMENT_TOKEN_TO_BE_REPLACED

Are the NT manuscripts corrupted?  Have scribes irreparably changed the text?  Were Christian scribes competent to copy the text reliably?

How many “other” gospels were there in early Christianity? Were these gospel suppressed by “orthodox” groups? Were these lost gospels as popular as the canonical ones?

Don Carson and I answer these questions for a TGC video:

But, here are a few examples over the last five years (starting with most recent) along with a few comments from me about what the article is about: END_OF_DOCUMENT_TOKEN_TO_BE_REPLACED 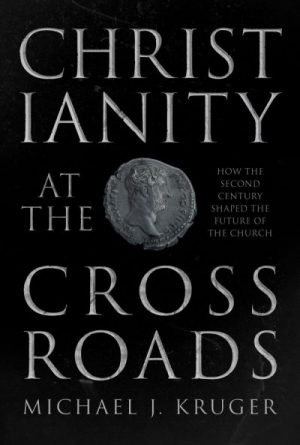 I wrote this book for a number of reasons. END_OF_DOCUMENT_TOKEN_TO_BE_REPLACED

So, just a few quick thoughts on why I wrote this book: END_OF_DOCUMENT_TOKEN_TO_BE_REPLACED

h J R
@_jacobprince: As a student pastor, one of the greatest doubts I wrestle with is “did I do everything I could to equip and prepare graduates?” Fortunately this book will not only be my guide to do so, but can go with them when they move on. Thank you @michaeljkruger for this book! https://t.co/EicjuHwvrk

h J R
One of the Earliest (and Clearest) Summaries of Early Christian Beliefs https://t.co/HWSsmL6aOL

h J R
@ReformTheoSem: How do we raise up our children in the knowledge of the Lord? @melissabkruger answers: 1. Plan 2. Pray 3. Participate in the Life of the Church 4. Purge our Schedules 5. Persevere https://t.co/rBjkqZyhXc

h J R
Interested in Getting a Biblical Counseling Degree without Moving? You Can Do It at @RTSCharlotte https://t.co/N3xReikrvV