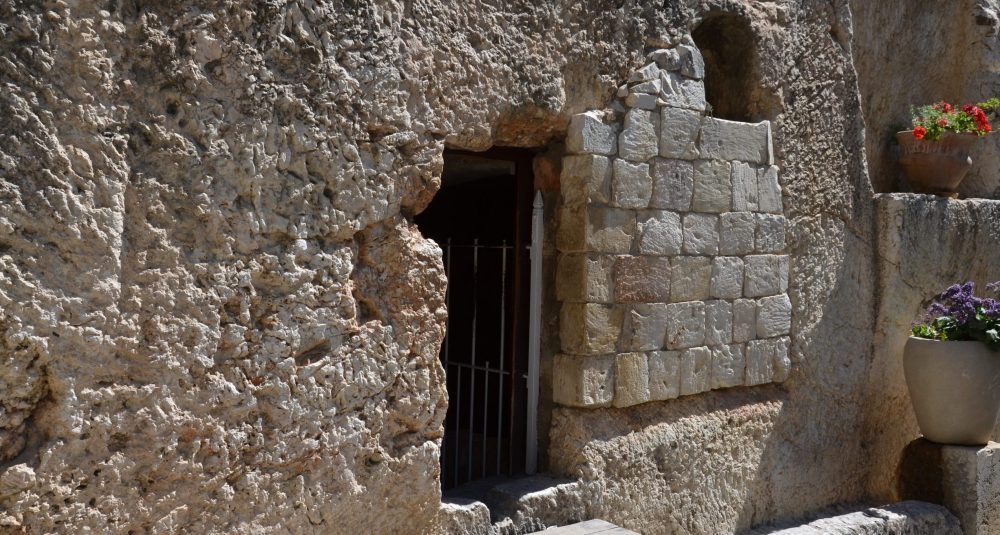 Well, soon it will be Easter. That wonderful time of the year when we remember (and celebrate) the resurrection of Jesus from the dead.

But, not all will be celebrating. There are many that find Easter to be a senseless holiday—apart from, perhaps, the joys of Sunday brunch or chocolate eggs. After all, it is argued, we all know that people don’t rise from the dead. And there are no reasons to think it happened in the case of Jesus of Nazareth.

In response to such skepticism, apologists have been making their best arguments for the resurrection.  There’s the empty tomb. There’s the fact that women were the first eyewitnesses which was unlikely to be invented. And there’s the larger appearance to the 500 witnesses.

But, of course, each of these claims has been contested. As for the empty tomb, scholars have argued that standard Roman practice was to put crucified criminals in a common grave, not a private tomb. As for the women as the first witnesses, some have pointed out that women were the ones who typically prepared bodies for burial and so would naturally be the first to visit the tomb. As for the 500 witnesses, maybe those were just “bereavement visions.”

Now, to be clear, I don’t believe all of these rebuttals are cogent. And I think there are good rebuttals to the rebuttals. But, what these typical proofs lack is an overall context that makes them persuasive.

And that brings us to another fact that I think is harder to challenge. It is an often overlooked fact that provides the necessary context for the discussion. That fact is simply this: the earliest Christians came to believe, against all odds and against all expectations, that Jesus of Nazareth had been raised from the dead.

Notice the distinctive nature of this claim. The claim is not that Jesus rose from the dead (though, I think he did).  The claim is that the earliest followers of Jesus came to believe—and very strongly believe— that he did.  And that is a wholly other matter.

Why? Because it is a historical fact that is not disputed. And it is a historical fact that requires a substantive explanation.  Even Bart Ehrman agrees: “It is indisputable that some of the followers of Jesus came to think that he had been raised from the dead, and something had to have happened to make them think so” (How Jesus Became God, 182-83).

Now, some might postulate that it wouldn’t take much to convince Jesus’ followers that he had risen from the dead. After all, it might be argued, followers of would-be messiahs might be inclined to think their guy might just do something miraculous. Maybe they were expecting Jesus to rise, and they just saw what they wanted to see.

But here it might be helpful to know that Jesus was not the first would-be messiah to be killed by the Romans. In fact, even in the same era, there were two other potential messiahs: Simon bar-Giora (AD 66-70), and Simeon bar Kochba (AD 132-135). After they both were killed by the Romans, the same thing happened: their messianic movement came to an abrupt and tragic end.

In fact, even Jesus’s own disciples seemed to understand this. When Jesus died, they didn’t think, “Well, maybe he’s the messiah after all.”  No, they were utterly defeated, hiding in shame.

But then, amazingly, something changed.  Even though Jesus was killed by the Romans, like all the other would-be Messiahs, his movement didn’t end. Indeed it grew. It exploded. And these same followers of Jesus began to boldly proclaim that he was Lord and Messiah.

And that requires a serious explanation. Consider the words of N.T. Wright: “We are forced to postulate something which will account for the fact that a group of first-century Jews, who had cherished messianic hopes and centered them on Jesus of Nazareth, claimed after his death that he really was the Messiah despite the crushing evidence to the contrary” (Resurrection, 562).

What is powerful enough to accomplish this?  I am convinced that nothing short of the resurrection itself could overturn the disciples’ belief that Jesus had been defeated by the Romans—like all the other would-be Messiahs.

Of course, not all scholars agree. Some think there are other explanations that are sufficient. Ehrman argues that hallucinations—what he calls “bereavement visions”—are sufficient to explain the radical reversal in the earliest followers of Jesus.

I will let the reader decide whether this is a sufficient explanation. But, I for one, find it woefully inadequate.

At the end of the day we are faced with a remarkable confluence of events. We have an early Christian movement that radically reverses it’s view of Jesus—from defeated would-be Messiah to the true and only Messiah—and also believes that the tomb was empty and that Jesus appeared to more than 500 people at once.

It is no surprise, then, that they reached the only conclusion that a sane and reasonable person could reach. Jesus of Nazareth had died, and then, three days later, he came back to life.

And if he came back to life, then he is the “firstfruits” of what is to come some day in the future. Eventually, all those who trust in Jesus will follow suit and be given a new body that will live forever and never die.

And that is the hope of Easter.