Over the last decade, I have taught an elective here at the RTS Charlotte campus entitled “The Origin and Authority of the NT Canon.” We cover a variety of subjects related to the origins of the NT, including definition of canon, theology of canon, epistemology of canon, the historical reception of the canon, and so on.

It was this class that gave birth to my book, Canon Revisited (Crossway, 2012). I was unable to find a book on canon that answered the questions my students were asking. So, I decided to write one that did!

On of my favorite parts of the class has been a section where we explore early New Testament manuscripts and the way those manuscripts inform us about the history of the NT. We also read from high resolution photographs of P66–a late second-century copy of the Gospel of John (see inset photo). 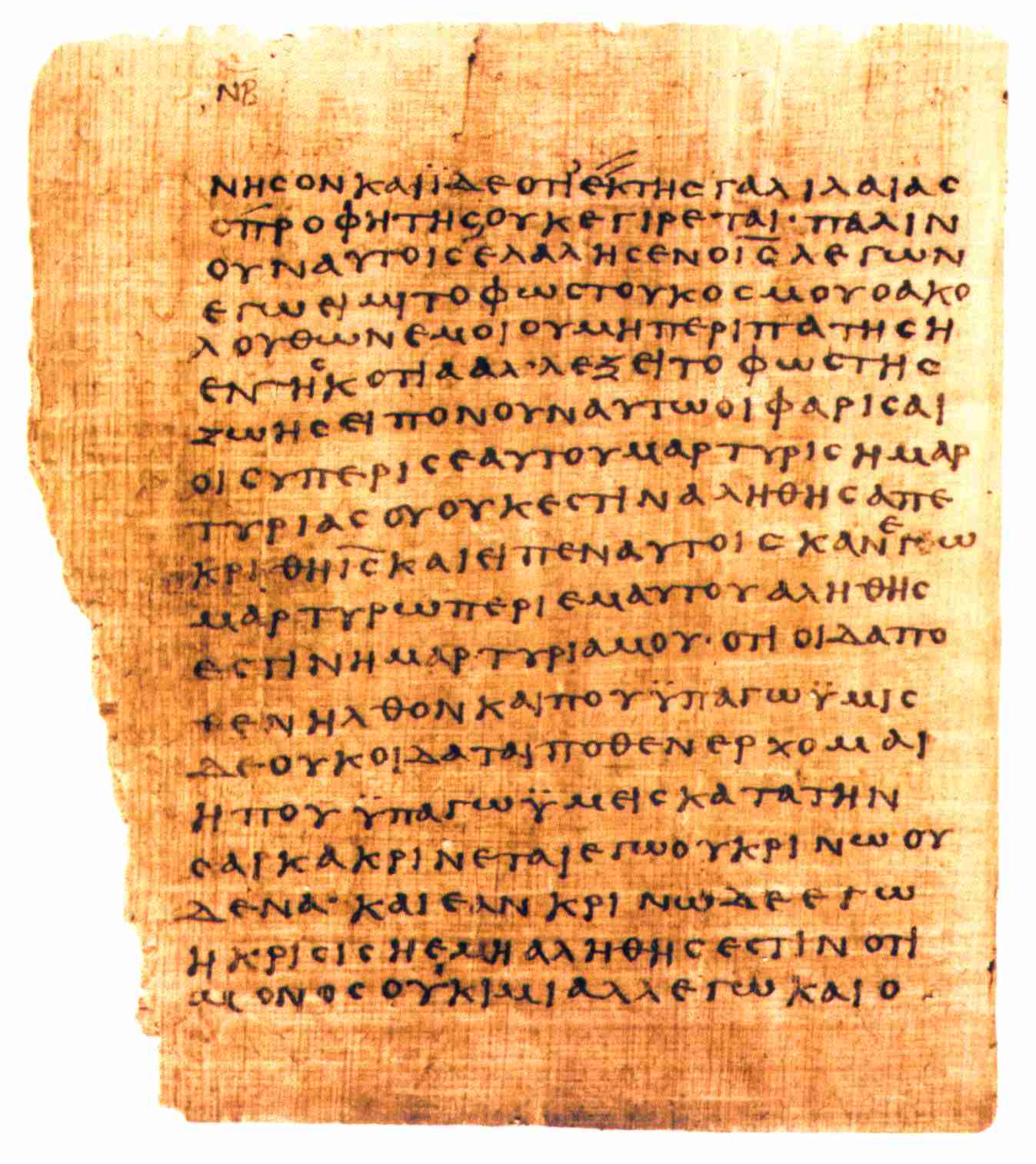 Students learned about the complications of reading from an actual manuscript which has no spaces between words (scriptio continua), nor regular spaces between sentences or paragraphs. Moreover, they learned about various scribal habits and conventions, such as the use of the nomina sacra, various types of punctuation, and scribal corrections.

I am pleased that, as of today, that class is now available online through our RTS Global Campus. Obviously, the readings through P66 were not able to be included (that has to be done in person) but the rest of the class is now able to be taken online.

If you want to learn more about the course, the syllabus is here.  To register for this course, or any Global course, contact Alice Hathaway at 1-800-227-2013 ext. 4235 or [email protected] And here is a description of the class along with required reading:

This course will survey the historical development of the New Testament Canon within the context of the early Church, with special attention given to citations in the Church fathers, manuscript collections, and canonical lists. in addition, the course will evaluate the various theological approaches to the issue of canon and the implications it has on one’s view of Scriptural authority.