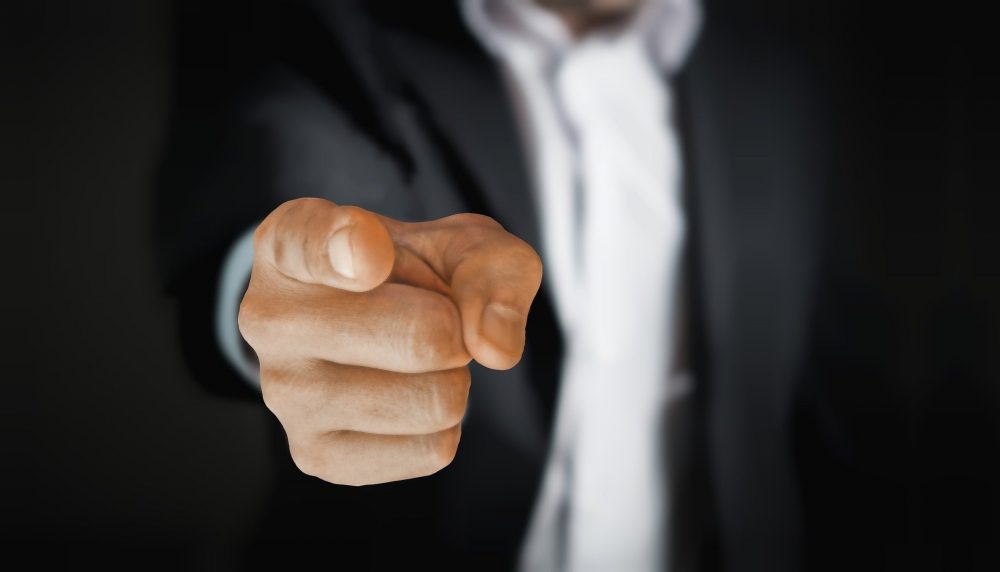 I’m continuing my blog series on spiritual abuse in the church which I am calling “Bully Pulpit”.  You can see the prior installments here , here, and here. Since spiritual abuse is not as easy to spot as other forms of abuse, I am working my way through a number of key signs that churches should be on the watch for.

We come now to a third sign of a spiritually abusive pastor, namely that they are known for being overly critical and harsh with those under them. As Chuck DeGroat observes in his book, When Narcissism Comes to Church, abusive pastors are known for their “hypercriticism”  of others (121).

Let’s unpack this a little further.

Spiritually abusive pastors typically lead through fault-finding. They are quick to point out deficiencies in the job performance of those under them, eagerly call attention to a person’s character flaws, and often do so without gentleness or patience. In fact, victims often indicate that the feel “watched” by the pastor as if he is always looking for some mistake that he can grab a hold of and exploit.

Of course, the rich irony here is that this very pastor who is unable to take criticism (see earlier post) is highly critical of everyone else. That is not a healthy combination—and, DeGroat has argued, is the classic mark of a narcissist.

But there’s another (and bigger) reason that abusive pastors lead through fault-finding. Demoralized employees (or members) are more insecure, quicker to submit to commands, and eager to make amends for their perceived shortcomings.

In other words, this behavior is a form of control. And bully pastors do it for one simple reason: it works.

In addition to always being on the hunt for flaws in others, abusive pastors often resort to cruelty in the way they speak to employees or members.

This can be done by cutting off a person in a meeting, publicly embarrassing them over some mistake, making fun of them in front of others, or speaking to them in demeaning ways.

Of course, some cases of cruelty are extreme. Some pastors are known to scream at their staff, call people “morons” or “idiots,” and even swear at them. Media reports indicated that Mark Driscoll was known for blasting his staff with harsh language and cussing.[1] Similar charges were made against James MacDonald.[2]

However, the problem with these extreme cases is that they unfortunately raise the bar for what counts as real abuse. People will assume that if their pastor doesn’t scream and swear at people then he must not really be abusive. But, as we have seen, there are more subtle ways to be cruel to people.

While such cruelty is often intentional, it is not always so. Indeed, sometimes abusive pastors are surprisingly oblivious to how hurtful they actually are. Ken Blue comments:

Spiritual abuse may differ from some other forms of abuse in that is rarely perpetrated with intent to maim. As we shall see, spiritual abusers are curiously naïve about the effects of their exploitation. They rarely intend to hurt their victims. They are usually so narcissistic or so focused on some great thing they are doing for God that they don’t notice the wounds they are inflicting on their followers (Healing Spiritual Abuse, 12-13).

This is a key point. Abuse can be real even if the abusive pastor is not intentionally doing it.

What About Confronting People’s Sins?

Of course, the abusive pastor will defend this behavior by saying, “I am just pointing out peoples’ sin; that’s my job. And you know how people can be when they are confronted over their sin.”

And, sadly, this defensive tactic will often work. Most elder boards will quickly accept the abusive pastor’s explanation and assume that it’s just another example of how the sheep resist biblical truth when confronted with it.

In other words, they assume the problem is the sheep not the shepherd.

While it is true that sometimes sheep resist the correction of the shepherd, there are several reasons that churches should be careful that they don’t too quickly accept this explanation.

First, case after case of spiritual abuse has shown that much abuse takes place precisely when a pastor is confronting sin. Remember, this is often the case with abusive police officers. Excessive use of force typically happens when a suspect has actually committed a crime!

George Floyd was arrested because he had allegedly tried to use counterfeit money. But, surely that didn’t warrant the horrific treatment he received. Likewise, a church member should not have to be sinless and perfect in order to avoid abuse.

In other words, even if a pastor is really confronting a person’s sins, this doesn’t mean he is not being abusive. The victims of abuse know the difference between the gentle corrections of a loving shepherd and the oppressive fault-finding of an abuser.

Second, abusive pastors are often wrong about the sin they are confronting. Far too often we assume that if a pastor confronts someone’s sin, then he must be right about their sin. But in case after case I’ve studied, the abusive pastor’s claims about people’s sins were often flat out wrong. Remember, accusations are often a form of intimidation and control in the hand of an abusive pastor. Thus, it should not automatically be assumed that his claims are correct.

Third, if an abusive pastor has a history of broken relationships, are we really to think that all of them are just because the sheep resist correction? Is the explanation always that other people are the problem? The more likely answer is that there might just be a problem with the person who is involved in every one of these conflicts, namely the pastor himself.

Gentleness: The Forgotten Qualification for Ministry

The New Testament is not unaware of the problem of pastors who are overly critical and harsh with their sheep. In the long list of qualifications, Paul is keen to mention it: “Therefore an overseer must be . . . not violent but gentle” (1 Tim 3:3; cf. Titus 1:7).

While at first glance this qualification may seem to refer to physical abuse only, the Greek word for “violent” (plektes) is more all-encompassing. The Louw-Nida Greek lexicon defines it as a “person who is pugnacious and demanding; ‘bully.’” The HCSB captures this sense in its translation: “Not a bully, but gentle.”

Now, it goes without saying that gentleness is not a popular trait in our world today. You’ll find plenty of books in the self-help section on how to be more bold, assertive, or proactive in your life. But you will struggle to find any that are designed to teach you to be more “gentle.” No companies looking for a CEO have gentleness as their top trait. And if churches advertise that they’ve hired a new senior pastor who’s “gentle,” doubtful people will flock to hear him.

And yet, Paul believes gentleness matters very much. No doubt part of the reason for this qualification is that the great Shepherd, Jesus himself, was marked by this quality. Jesus describes himself as “gentle and lowly” and declares “My yoke is easy and my burden is light” (Matt 11:29-30).

Here’s the point: Abusive pastors can be spotted precisely because they are nearly the opposite of Jesus.