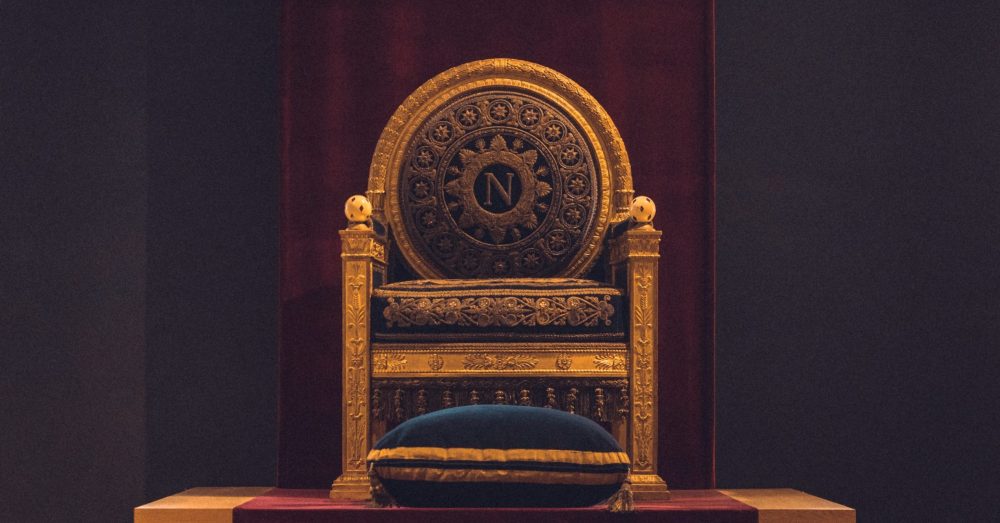 “All who gain power are afraid to lose it.”

So said Darth Sidious (aka, Chancellor Palpatine) in Star Wars: Revenge of the Sith. And despite being from the dark side, he was correct. The biggest motivator for those in power is often their fear of losing it.

Sadly, that is also the case with abusive pastors. Wade Mullen in his book, Something’s Not Right, makes a very similar observation: “The chief desire of abusive individuals and organizations is to attain or retain power” (15).

If Mullen is correct—and I think he is—then we come to another key sign of an abusive leader, namely that they are often hyper-defensive about their own power and authority. And they will squash anything that could challenge or question their position.

After a brief hiatus (I was focusing on two new book releases this month: here and here!), I’m continuing my blog series on spiritual abuse in the church which I am calling “Bully Pulpit”.  You can see the prior installments here and here. Since spiritual abuse is not as easy to spot as other forms of abuse, I am working my way through a number of key signs that churches should be on the watch for.

Of course, merely being defensive about one’s own authority doesn’t necessarily make a person abusive. On one level, all of us are a bit defensive about the roles we have or the positions we hold. But, abusive pastors often create an entire church culture that perpetually affirms and protects their authority—a culture designed to shield them from criticism, and punish anyone who dares challenge them.

So, how does hyper-defensiveness about one’s own authority manifest itself in a person’s ministry? Here are a few ways.

Pastors defensive about their own authority often resort to one of the most banal of solutions, namely they continually remind people of their authority. In such cases, pastors will often say things like, “I’m your boss,” or “I’m over you,” or “I’m in charge.”

On top of this, there may be regular appeals to scriptural teachings about the authority of the pastor or the elders, and how they hold the “keys to the kingdom” (Matt 16:19), and how church members are to submit themselves to their leaders (Heb 13:17).

And it is true that churches, and church leaders, have authority. The Bible is not anti-authority.

But the perpetual drum beat on the theme of the pastor’s authority should be a warning sign. A perpetual desire to prove one’s authority can be a pathway to abuse.

There’s the classic saying, “If all you have is a hammer, everything starts looking like a nail.” So, it is with the abusive pastor. If his number one concern is protecting his own authority, then suddenly all questions or challenges look like “insubordination.”

Abusive pastors, therefore, are quick to trot out these sorts of labels to describe anyone who criticizes some aspect of their ministry.  They are just “insubordinate,” “unsubmissive,” or “disobedient.”

Indeed, often the tone and the language sounds more like it belongs in the military than in the church. But pastors aren’t called to be generals barking orders, but shepherds gently leading their sheep.

When it comes to pastoral ministry, one thing is clear: criticism is part of the job.  Rightly or wrongly, every pastor will be criticized for something.

But what happens when you criticize a spiritually abusive pastor bent on preserving his own authority? In short, it’s war. Case after case of spiritual abuse has shown that this is often the trigger that leads to retaliation, threats, and vindictive behavior.

To be sure, all of us struggle with taking criticism. It’s part of being human. But churches need to pay careful attention to how their pastor handles it. If even if the slightest criticism leads to DEFCON 1, then you may have an abusive pastor on your hands.

Talk to My Lawyer(s)

Part of the way the abusive pastor maintains and protects his own authority is by building key alliances within the church’s leadership structure. He will often establish a deep base of loyalty among a select few members of the elder board—men who will defend and protect him from any criticism.

Thus, when someone does raise concerns about an abusive pastor, he already has a group of “lawyers” waiting to defend him and uphold his position of authority. Moreover, these defense attorneys will often go after the people bringing the criticism, looking for ways to tear them down or impugn their character.

Don’t miss what is happening here. The abusive pastor is not using the elders to protect the sheep, but to protect himself.

Here is where churches need to do some serious reflection about the accountability structures they have in place and whether those are adequate to protect against spiritual abuse.

Jesus’ View of Authority is Different


Curiously, Jesus anticipated this hyper-authoritarian danger in his leaders. In Mark 10:35-45 , James and John come to Jesus asking for positions of power and authority: “Grant to us to sit, one at your right hand, and one at your left” (v. 36). Don’t forget these are the same two brothers who, after seeing Jesus’s authority disrespected by a Samaritan village, asked, “Lord, do you want us to tell fire to come down from heaven to consume them?” (Luke 9:54).

The leadership model for James and John is clear. If someone steps out of line, you drop the hammer. Problem solved.

But Jesus’ model for ministry is very different. After this audacious request for authority, Jesus reminds the disciples that this is how the Gentiles (read unbelievers) think of authority: “The rulers of the Gentiles lord it over them and their great ones exercise authority over them” (v.42).

Jesus’ ministry model is paradoxical. You don’t lead by demanding your rights, but by giving them up. For the bully pastor, the first will be first. But for the godly pastor, the first shall be last. As Paul Tripp put it, “Jesus reminds the disciples that they haven’t been called to lordship but to servanthood.” (Lead, 134).