I am pleased to say that its US release is almost here. IVP Academic plans to release it March 6th (see here).

In addition, the volume has a new description, and a new set of endorsements:

Christianity in the twenty-first century is a global phenomenon. But in the second century, its future was not at all certain. 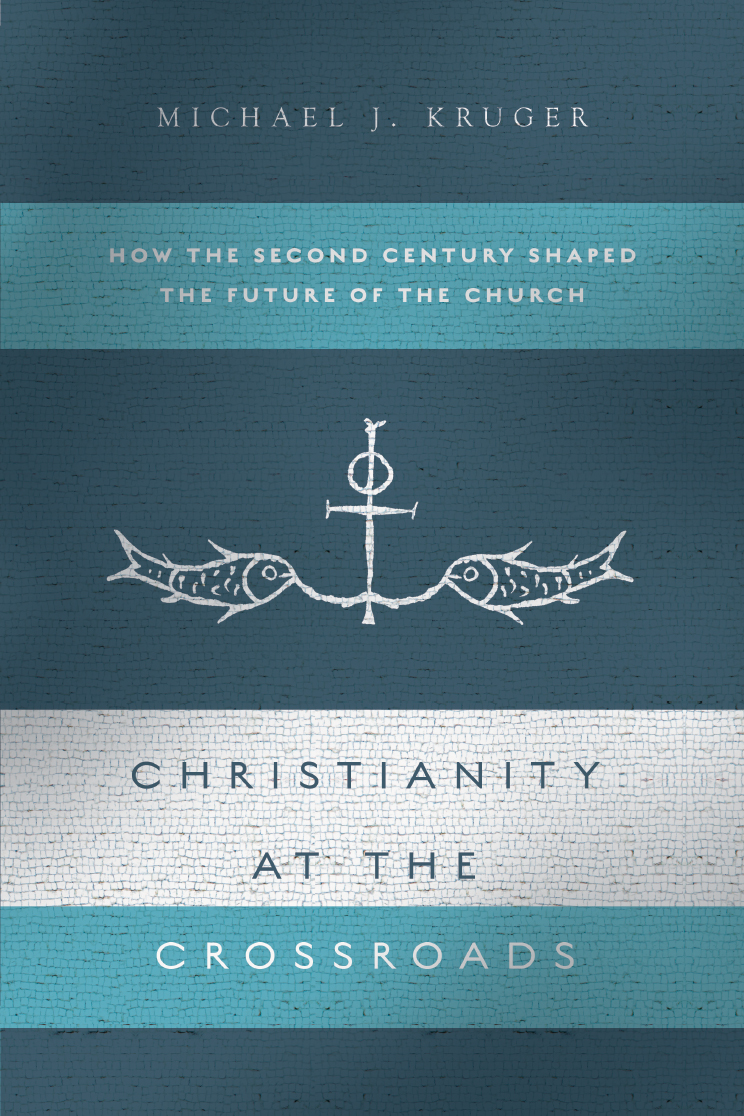 Initially Christianity possessed little social or cultural influence and found itself fighting for its life. While apostolic tradition was emerging as a “rule of faith,” factions contested the nature of the gospel, and pagan philosophers found its claims scandalous. And while its pathway was tenuous, Christianity was forming structures of leadership and worship, and a core of apostolic texts was emerging as authoritative. But it was the challenges, obstacles, and transitions faced by Christians in the second century that, in many ways, would determine the future of the church for the next two millennia. It was a time when Christianity stood at a crossroads.

Michael Kruger’s introductory survey examines how Christianity took root in the second century, how it battled to stay true to the vision of the apostles, and how it developed in ways that would shape both the church and Western culture over the next two thousand years. Christianity at the Crossroads provides an accessible and informative look at the complex and foundational issues faced by an infant church still trying to determine its identity. The church’s response to the issues of heresy and orthodoxy, the development of the canon, and the transmission of the Christian Scriptures not only determined its survival, but determined the kind of church it would be for generations to come.

“If you’ve ever wondered what happened to the church after the apostles, how the church began to expand and grow, and why it developed its particular beliefs, then Michael Kruger has written the book for you. In this learned volume, Kruger takes readers into the mysterious second century, where he lucidly explains things like the formation of a distinctive Christian identity, pagan responses to Christianity, the rise of certain heresies, and the canonization of the New Testament. This book will open a whole new world that you never knew existed!” (Michael F. Bird, lecturer in theology, Ridley College, Melbourne, Australia)

“This is a good introduction and overview of Christianity in the second century, which was a crucial period of growth, opposition, and development of doctrines and practices. Readable and informed, Kruger’s book is a recommended choice for course readings and for individuals seeking to know more about early Christianity.” (Larry W. Hurtado, professor emeritus of New Testament language, literature, and theology, School of Divinity (New College), University of Edinburgh)

“Kruger takes us into a world in which ‘Christianity’ is still very much at risk and up for grabs, struggling to find its identity in the midst of forces within and without seeking to define its identity or suppress its existence. His book invites us into the tensions and trajectories that would eventually give shape to what we, in distant retrospect, take for granted as Christian faith, practice, and polity. I recommend it highly, alongside the texts that have richly informed it (the apostolic fathers, the early martyrologies, and the apologists), to all those interested in learning how ‘New Testament faith’ found its footing and began to take root.” (David A. deSilva, trustees’ distinguished professor of New Testament and Greek, Ashland Theological Seminary)

“Though most of us are pretty sure that something happened between the apostolic era and the Council of Nicaea, even professional historians can be pretty foggy on what that ‘something’ was or why it matters; the second century has always been the black box of Christian history. Now with this well-researched yet highly accessible book, Kruger recovers important flight data that shows just how crucial this overlooked trajectory is to understanding Christian history and even Christianity as we know it today.” (Nicholas Perrin, Franklin S. Dyrness Professor of Biblical Studies, Wheaton Graduate School)

“The second century, a sprawling, fascinating, and formative period in the history of Christianity, may be well studied, but it is neither well nor easily comprehended. Mike Kruger’s Christianity at the Crossroads is an excellent remedy for that problem! Any reader who wants a better understanding of the situation of the church in that period, its place in the world, its worship, its struggles, and its Scriptures will benefit from this highly informative compendium. Besides being a trustworthy guidebook, it is also a well-designed source-book for those interested in further study.” (Charles E. Hill, John R. Richardson Professor of New Testament and Early Christianity, Reformed Theological Seminary in Orlando)

“Many scholars of early Christianity are pushing beyond the New Testament era, into the second century; however, the complexity of issues magnifies due to the intersection of such a diverse expression of Christian groups interpreting biblical texts and developing their approaches to theology and society. With Christianity at the Crossroads, Michael Kruger provides an orientation to the diversity of groups, texts, and practices that students and scholars of Christian origins will find invaluable. He summarizes the best of contemporary research about second century Christianity and provides robust bibliographies for further study. This is definitely a book I wish I had a decade ago, when I began my work in this area.” (Ben C. Blackwell, assistant professor of Christianity, Houston Baptist University)

Thanks to Mike Bird, Larry Hurtado, David deSilva, Chuck Hill, Nick Perrin, and Ben Blackwell for these endorsements. You can get more details on the IVP version of the book here.