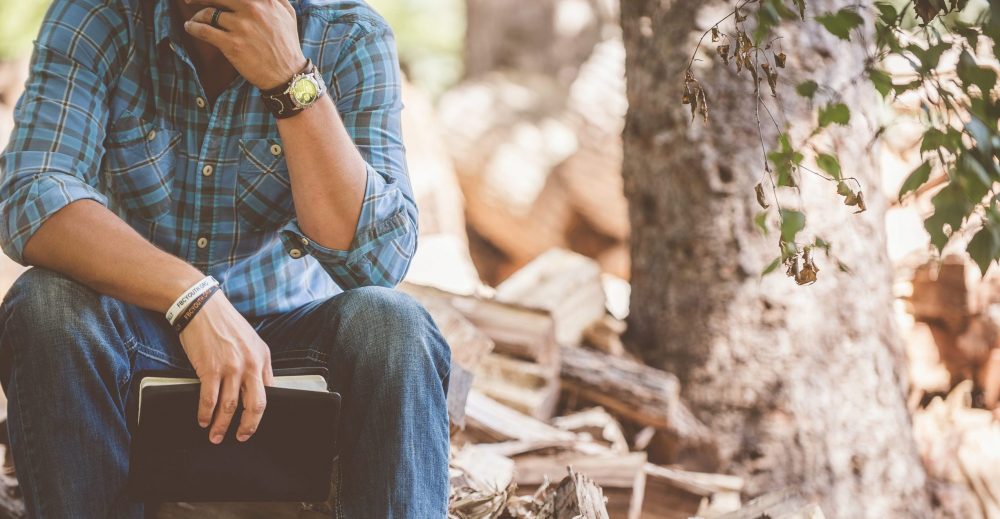 But, Christian theologians—especially in the Reformed world—have long argued that there is a more foundational way we can know books are from God: the internal qualities of the books themselves.

In other words, they have argued that these books bear certain attributes (Latin indicia) that distinguished them as being from God. They argued that believers hear the voice of their Lord in these particular books. In modern theological language, they believed that canonical books are self-authenticating.  As Jesus said in John 10:27

: “My sheep hear my voice, and I know them, and they follow me.”

Anyone familiar with Reformation-era authors will know this was the core argument in some of the key discussions on Scripture by the likes of John Calvin, William Whitaker, John Owen, and others. Moreover, the idea of self-authentication is embodied in the Westminster Confession of Faith which holds that the Bible does “evidence itself” to be from God by its own internal qualities (1.5).  Beyond this, the concept of a self-authenticating Bible played a central role in later Reformed thinkers, particularly Herman Bavinck, as they sought to explain how we know books are from God.

But, some will wonder, is this whole idea of a “self-authenticating” Bible just a novel invention of the Reformers? Did they invent the idea just as a tool in their fight against Rome?

No at all. When we look back even in the patristic period, we see that this concept was there from the beginning.  Here are a few examples.

Origen is quite clear that the divine qualities of books play a role in their authentication: “If anyone ponders over the prophetic sayings…it is certain that in the very act of reading and diligently studying them his mind and feelings will be touched by a divine breath and he will recognize the words he is reading are not utterances of man but the language of God” (Princ. 4.1.6. ). And elsewhere, Origen insists that OT prophets “are sufficient to produce faith in any one who reads them” and thereby the Gospel offers “a demonstration of its own” (Cels. 2.1.).

Tatian is very clear about the role of the internal qualities of these books: “I was led to put faith in these [Scriptures] by the unpretending cast of the language, the inartificial character of the writers, the foreknowledge displayed of future events, the excellent quality of the precepts” (To the Greeks, 29)

Jerome defended the epistle of Philemon on the grounds that it is “a document which has in it so much of the beauty of the Gospel” which is the “mark of its inspiration” (Prologue Phlm.). He also appeals to the power of Scripture’s words when he defends the epistle of Jude against its critics. Those who reject Jude, he writes, are “failing to understand what power and wisdom lies hidden underneath each of the words” (Preface, Comm. Philm.).

Chrysostom declares that in the gospel of John there is “nothing counterfeit” because the gospel is “uttering a voice which is sweeter and more profitable than that of any harp or any music…something great and sublime” (Hom. Jo. 1.2.).

, Clement of Alexandria says that you can distinguish the words of men from the words of Scripture because “No one will be so impressed by the exhortations of any of the saints, as he is by the words of the Lord Himself” (Protr. 9).

After Clement of Alexandria says that God’s own voice is the surest demonstration of Scripture’s divinity, he then illustrates this principle by appealing to the story of the Sirens: “The songs of the Sirens displayed a power that was more than human, that fascinated those who came near, and convinced them, almost against their will to accept what was said” (Strom. 2.2.). The point can’t be missed: The power of God’s word, in a nearly irresistible fashion, convinces people to accept it.

These examples (and more could be added) are sufficient to show that the early church fathers believed that evidence for the canonicity of books can be found in the books themselves. In other words, canonical books are self-authenticating.

Of course, at this point one might object: “If the internal qualities of these books really exist, then how do we explain why they are rejected by so many?  Why don’t more people see these qualities?”

The answer lies in the role of the Holy Spirit in helping people see what is objectively there. Due to the noetic effects of sin (Rom 3:10-18

), one cannot recognize these qualities without the testimonium spiritus sancti internum, the internal testimony of the Holy Spirit.

Needless to say, the non-Christian will find this explanation to be largely unpersuasive.  “Isn’t a little suspicious,” he might object, “that Christians claim they are the only ones who can see the truth of these books and everyone else is blinded to it? That seems enormously self-serving.”

This objection is understandable.  But, if Christian doctrines concerning the fall, original sin, and the corruption of the human heart are true, then it naturally follows that a person without the Spirit cannot discern the presence of the Spirit (such as whether He is speaking in a book).

Moreover, it is not all that different than the reality that some people are tone-deaf and therefore unable to discern whether a musical note is “on key.”  You can imagine a tone-deaf person objecting, “This whole ‘on key’ thing is a sham run by musical insiders who claim to have a special ability to hear such things.” But, despite all the protests, the truth of the matter would remain: there is such a thing as being on key whether the tone-deaf person hears it or not.

In the end, the church fathers teach us a very important truth.  The NT canon we possess today is not due to the machinations of later church leaders, or to the political influence of Constantine, but due to the fact that these books imposed themselves on the church through their internal qualities. In other words, these books were used the most because they proved themselves to be worthy of that use.

Or, as Harvard Professor Arthur Darby Nock used to say about the formation of the canon: “The most travelled roads in Europe are the best roads; that is why they are so heavily travelled.”