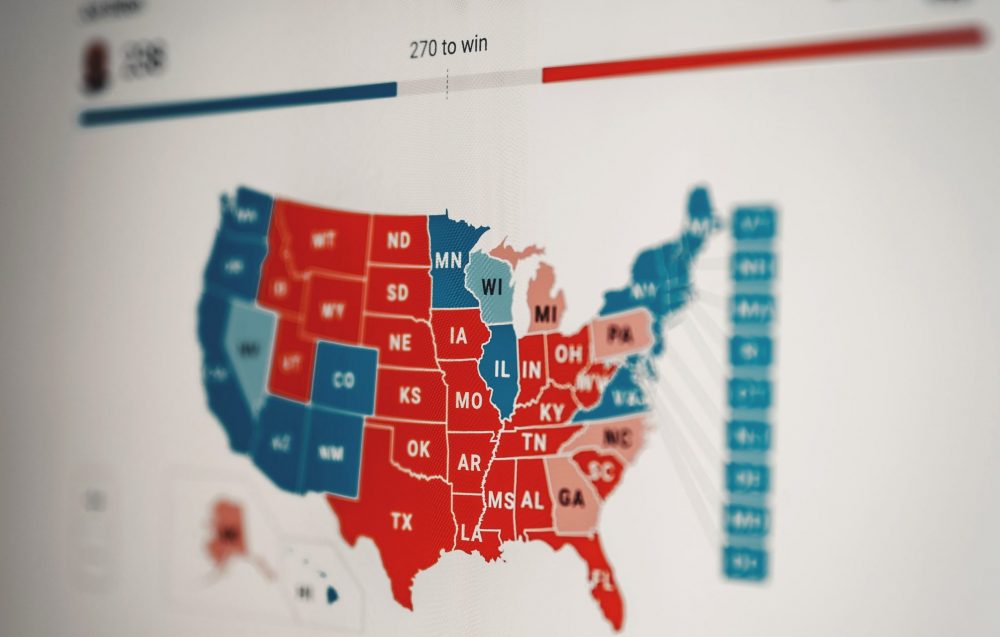 OK, I know what you’re thinking. You’re thinking that there may not be two more unrelated topics than the 2020 presidential election and the formation of the NT canon. Of all the things that we can learn from the trials and tribulations of this election cycle (and there are many), surely how the New Testament was formed is not one of them!

So, how in the world do these two things connect?

In brief, I think the presidential election cycle is a remarkably helpful analogy for understanding the different definitions of canon, and how those definitions help us understand the date of the canon. Let me try to explain.

When Do We Have a Canon?

While that may seem like a fairly straightforward question, the massive disagreements among modern scholars shows that it is not. It all depends on the definition of canon that you are using. In order to clear this up, I have argued elsewhere (see here) that there are really three different definitions of canon:

1. Exclusive definition:  We have a “canon” when there is a formal, broad consensus over a  final, closed list of books. On that definition, we don’t have a canon until about the fourth century.

2. Functional definition: We have a “canon” when New Testament books are functioning as Scripture, and being used as Scripture, even though there are ongoing debates about certain books. On that definition, we would certainly have a canon by the second century.

3. Ontological definition:  We have a “canon” when God has finished giving all the books to his church that he intended to give.  This definition looks at canon from a divine perspective, if you will. On that definition, we would have a canon when the final book of the New Testament was written, which would be in the first century. Of course, the church would not yet be aware of which books are in the canon—that would only be known at a later point as the church evaluates and examines books. Nevertheless, a canon really existed in the first century whether the church knew it or not.

When Do We Have a President?

So, turning to the recent election, let’s ask a similar question: What is the date when we have a new president? Or, when does a person become the president?

Well, again, it all depends on the way you are defining your terms. And here was see an impressive analogy with the three definitions of canon used above. If we were to apply those definitions to the presidency, it might look something like this:

1. Exclusive definition: We have a president when he is officially installed. And it’s official because the states have certified the election and the electoral college has voted. On that definition, we don’t have a new president until Jan 20th.

3. Ontological definition: We have a new president the moment the last vote is cast and the polls are closed.  Even though we didn’t know it at the time, a president had already been chosen on Nov 3rd.  Even though it would take a week (or more!) to discover who that was, it was factually and objectively decided on election day itself.

How Does This Help?

So, why is it important that we understand these different definitions?  Because they help us navigate the inevitable conflict and disagreement over such matters. If there is disagreement over when we have a canon (and there is!), we might discover we have more common ground than we think. It may just be that we are emphasizing different truths.

For example, some may want to emphasize that there was not absolute unity over a 27-book canon in the early church. It took time for that unity to be achieved.  For folks with such a concern, the exclusive definition of canon will be emphasized.

Others may want to emphasize that NT books were functioning like a canon from a very early time, despite the fact that a full consensus had not yet been achieved. For those with such a concern, the functional definition will likely be emphasized.

In a sense, then, they are both correct (given their respective definitions).  And they both would be wrong if they insisted their definition was the only way to look at it.

Likewise, conflict in a presidential election can perhaps be navigated more effectively if one keeps different definitions in mind.  For some, it is important to insist that we don’t really have a new president until the final, official certification and inaugural installation. This would be a particularly important point to make if there were concerns over voter fraud or election integrity.

For others, it is important to acknowledge that elections give us a new president, in some sense, long before inauguration day. And that new president typically functions, at least in part, like a president before he is sworn in (intelligence briefings, consultations with foreign leaders, etc.).

So, it is with the New Testament canon. We should not forget that the canon is a process, and therefore it should not be artificially restricted to a single moment in time. It is less like a dot, and more like a line.  If so, then maybe we should consider a shift in terminology. It might be time to move beyond the language of the “date” of canon, and focus more on the “stage” of canon.