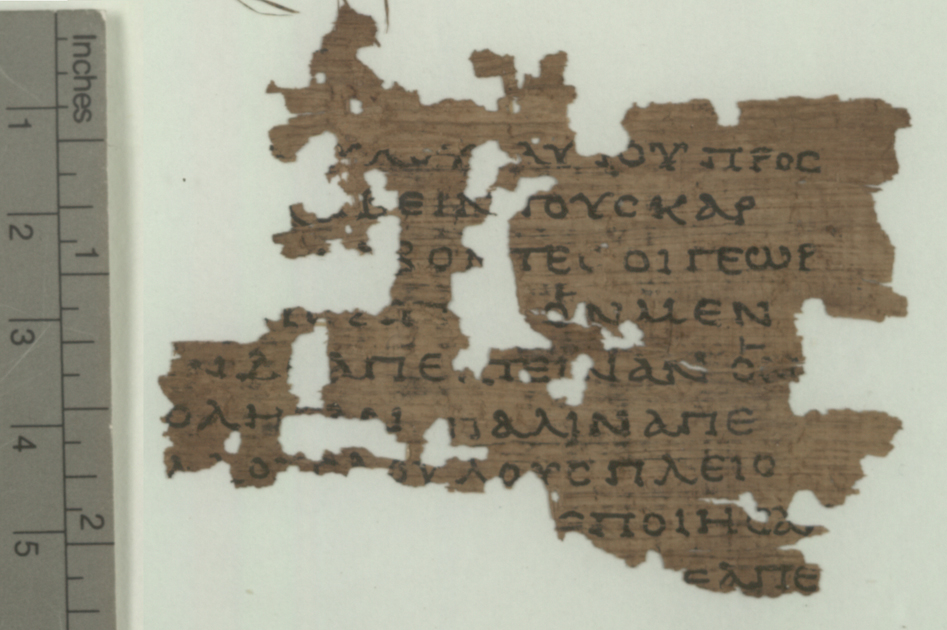 “There is no second-century manuscript evidence.” —Helmut Koester

When it comes to the transmission of the New Testament text, the second century has been long recognized as a critical time period. And it is not hard to see why. If the New Testament books were written (more or less) in the first-century, then the extant manuscripts that get us closest to that time period will inevitably take on a level of significance.

The second century is also significant because of modern scholarly claims that it was precisely this period when the most serious textual corruptions were likely to have occurred, suggesting the earliest phases of transmission were marked by “textual chaos.”

So, do we have any manuscripts that possibly go back to this important century?  Some scholars say no. As the above quote by Helmut Koester indicates, many see the second century as unreachable. Or, as J.K. Elliott has argued, “The second century is something of a dark age as far as the history of the New Testament text is concerned.”

And much of this skepticism has to do with the dating of manuscripts. In recent years there has been a push to reconsider the dates of our earliest NT papyri, pushing the dates of these manuscripts later and later.

Of course we cannot resolve these debates over dating here. And a number of scholars remain unconvinced that the traditional dates given to these manuscripts are so unreliable. But even with this recent push to re-date manuscripts, there are still a number that could be reasonably dated to the second century.

I might suggest that a reasonable way to proceed is to include manuscripts which have been given a possible second-century date either by (a) the original editors, or (b) the Nestle-Aland 28/Institut für Neuetestamentliche Textforschung (https://ntvmr.uni-muenster.de/liste).

When we consider both sources, we end up with twelve manuscripts possibly from the second century:

P52. The famous Rylands fragment, containing portions of John 18, is still regarding by many as the earliest NT manuscript in our possession (though P104 could challenge that claim).

P4-64-67.  These three fragments—containing portions of Matthew and Luke—likely come from the same codex (which may have held all four gospels).

P75. Codex containing portions of Luke and John which the original editors dated 175-225.

P77. Fragments from a single leaf containing portions of Matthew, but some scholars have argued for third-century date.

P90. Fragments of a leaf containing portions of John 18-19, but an early third-century date remains an option.

P98. Our earliest fragment of Revelation (written on a reused roll), either late-second or early-third century.

P104. Another leaf with portions of Matthew, possibly as early, or even earlier, than P52 (see inset picture).

P129. An unpublished fragment of 1 Corinthians, possibly second-century, maybe early third. One of the fragments belonging to the Egypt Exploration Society and illegally sold.

P137. A second or early-third century fragment of Mark. This was the famous “first-century Mark” that turned out not be first-century.

0189. Parchment fragment of Acts, dated by NA28 to “II/III,” but has been given a wide range of other dates.

0171. Parchment manuscript containing portions of Matthew and Luke. While originally dated to the fourth-century, more recent work has suggested second-century is a possibility.

Of course, these are just possible second-century manuscripts—a number of these may prove to be third (or even fourth) century. The dating of manuscripts is not an exact science; there is an inevitable level of imprecision that must be acknowledged.