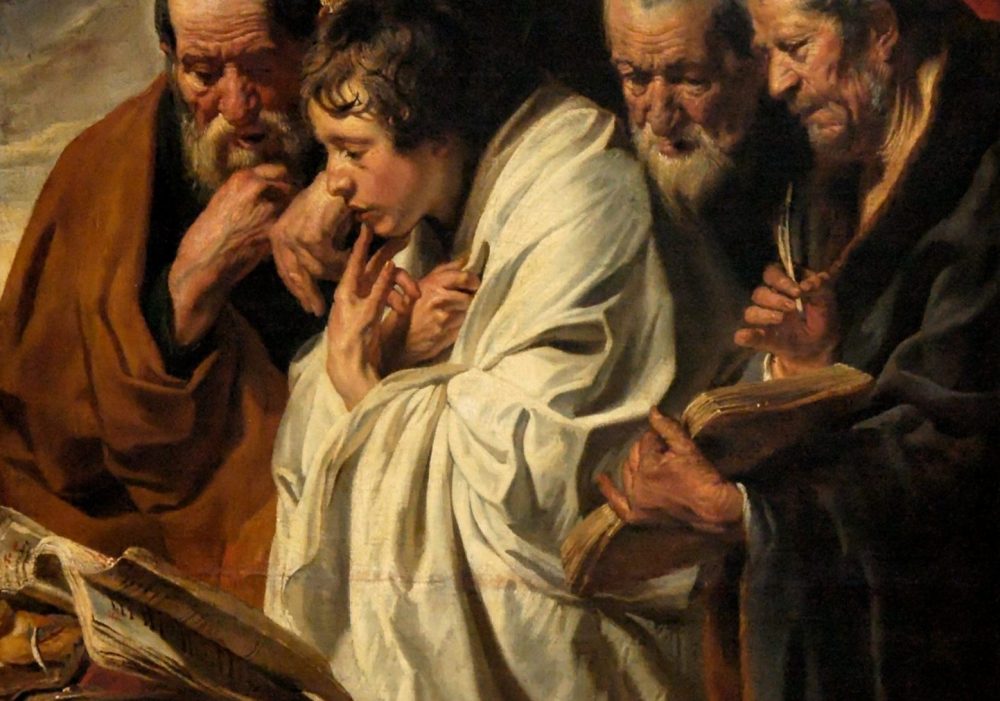 It probably comes as no surprise that the most common question I receive from both Christians and non-Christians is “How do I know the Bible is the Word of God?” And the reason this question is at the top of the list is not hard to determine.  The authority of the Bible is the foundation for everything that we believe as Christians.  It is the source of our doctrine and our ethics.  Thus, we need to be able to answer this question when asked.

But, it is noteworthy that throughout the history of the church many Christians have ascertained the divine origins of the Bible in yet another way: they read it.  Rather than being persuaded through a deep dive into the historical evidences, many have come to believe the Bible is from God by observing its distinctive character and power.

Tatian is one such Christian. Tatian was a second-century pagan philosopher who was later converted and became a disciple of Justin Martyr. He also was the author of an apologetic work known as Oration to the Greeks (c.165).  In this work, Tatian makes his case for the truth of Christianity.  During one section, he lays out his personal conversion story and recounts how he carefully examined all the pagan religious writings and found them incoherent, problematic, and, sometimes, downright evil.  But, then he happened to come across the Scriptures and began to read them:

I was led to put my faith in these by the unpretending cast of the language, the inartificial character of the writers, the foreknowledge displayed of future events, the excellent quality of the precepts, and the declaration of the government of the universe as centered on one Being. And my soul being taught of God, I discern that the former class of [pagan] writings lead to condemnation, but that these [Scriptures] put an end to the slavery that is in the world (29).

This is a profound statement. Tatian, the impressive intellect that he was, was not persuaded by historical evidence nor from the testimony of the church (though, as noted above, both are legitimate when appropriately utilized), but by the internal qualities of the Scriptures themselves.  There was something about the Scriptures that came alive to him.  How did he discern this?  As he indicates, “my soul being taught of God.”  Presumably this is a reference to the work of the Holy Spirit.

And Tatian was not the only one who thought like this. One century later, Origen says something very similar:

If anyone ponders over the prophetic sayings…it is certain that in the very act of reading and diligently studying them his mind and feelings will be touched by a divine breath and he will recognize that the words he is reading are not the utterances of men but the language of God (Princ. 4.1.6).

The Reformers also thought this way.  They believed the truth of Scripture could be ascertained, by the help of the Holy Spirit, from the Scriptures themselves.  This is what they meant when they said the Scriptures were self-authenticating.

Such a reality should come as no surprise. After all Jesus said, “My sheep hear my voice, and I know them, and they follow me” (John 10:27