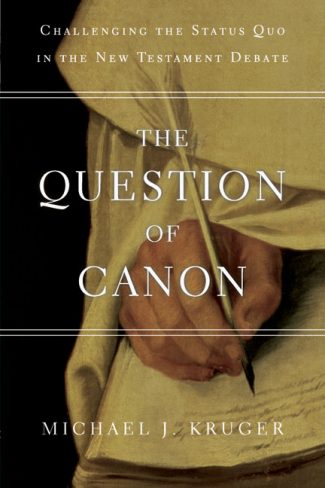 “What’s the difference between Canon Revisited and The Question of Canon?”

When it comes to my books, this is one of the most common questions I get.  I have answered it so many times over the last few years, that I thought it might make a useful blog post.

While both these volumes are about the origins of the NT Canon, they are primarily distinguished by the fact that they are answering different questions.  Canon Revisited is answering questions like, “How do we know if we have the right 27 books?”  or “Why these books and no others?”

In contrast, The Question of Canon is answering questions like, “Why do we have a NT canon at all?” or “Is the idea of a canon merely a later ecclesiastical construct?”

For this reason, Canon Revisited tends to deal more with epistemological/theological categories relevant to how Christians know things.  Yes, it addresses historical issues, but not as its primary concern.  The larger issue in view is whether the Christian belief in canon is justified (or, if you prefer, warranted).

Consequently, I develop a theological model (which I call the self-authenticating model) for how Christians can know which books belong in the canon. Thus, my conversation partners in this book are largely other theological systems (existentialism, Roman Catholicism, etc.).

The Question of Canon, on the other hand, is concerned primarily with historical questions such as what factors led to the emergence of new collection of books and when/how this happened. In order to answer these questions I focus more on historical models and argue for what could be called an intrinsic model of canon.

The intrinsic model argues that forces inherent to (and built within) the early Christian movement would have naturally (and to some extent, inevitably) led to the emergence of a new collection of books.  As a historical model, it does not require any theological affirmations (such as the inspiration of Scripture).

Of course, it goes without saying that the two books will overlap at a number of points.  That is difficult to avoid when dealing with the same subject, namely the origins of the NT canon. But they do offer distinctive contributions.

To summarize, here’s a chart laying out the differences: