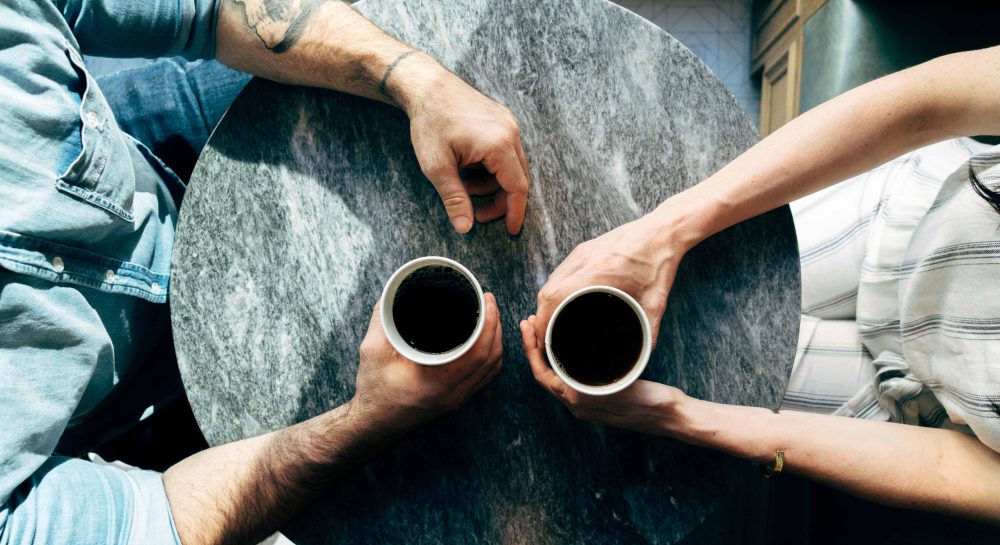 OK, so conversations with non-Christians aren’t what they used to be. In years gone by, it seems you could just disagree with someone and everyone was fine with that. You could just shake hands and move on.

But now, in our tense cultural situation, disagreement is regarded as a personal attack. To disagree with someone is to be hateful and unloving toward them.

This is why it can sometime seems like conversations with non-Christians can quickly escalate to DEFCON 1.  Before you know it, somehow it’s nuclear war.

As a result, I think Christians have struggled with how to talk with non-Christians in our current culture.  Some have decided the conversations are just not worth it.  Any hint at a disagreement causes some believers to tuck tail and run.

Other Christians take the opposite approach.  They figure if a good fight is what someone wants, then by golly we’ll give them one.  So, some Christians enter every conversation with both guns out of the holster, ready for a showdown.

Needless to say, neither extreme is healthy for the church.  So, here are a few tips/reminders to consider in your conversations.  There’s nothing particularly earth-shattering here, but hopefully keeping these things in mind can help:

1. It’s not arrogant to think you can know things about God.  One thing I’ve noticed over the years, is that Christians are very wary of being labelled dogmatic or arrogant. Our culture bristles at any claims of certain knowledge, insisting that such claims constitute intellectual hubris.  As a result, Christians often shy away from claiming they know anything for sure.

But, lurking behind the charge that Christians are arrogant is a certain assumption about the way religion works. Many non-Christians view “religion” as merely human attempts to discover and learn things about God.  Religion is simply the fallible act of humans trying to figure out the divine. Now, on that definition of religion, the Christian claim would indeed be arrogant!

The problem, of course, is that this is not how Christian’s understand their own religion.  We don’t believe our knowledge comes from our efforts to figure out God, but rather is the result of God graciously revealing himself to us. For Christianity, religion is not about man finding God, but about God showing himself to man. It is about God seeking out lost sinners and opening their eyes to the truth. That is the opposite of an arrogant claim.

So, don’t abandon your certainty under the guise of humility. If God reveals himself by grace, then we can be humble and certain at the same time.

2. Have patience with the non-Christian’s situation.  In our conversations, it’s easy to get frustrated, even irritated, when our non-Christian friends don’t “get it.” But, we need to remember what Paul says, “The natural man does not accept the things of the Spirit of God, for they are folly to him and he is not able to understand them” (1 Cor 2:14).

Remembering this truth can help us show patience, even compassion, to our non-Christian friends. To understand the truth, they need God to open their eyes to see it. Just like God was patient with us, so we can be patient with them.

3. You Don’t Have to Know All the Answers. Sometimes we shy away from conversations out of fear that we will be caught without an answer to a tough question. But is this a reason to disengage from our cultural conversations? Not at all.

First of all, not having an answer does not affect the truth of what you believe. Your beliefs can be absolutely correct, even if you cannot explain or defend them. Consider other beliefs we might hold. We believe humans landed on the moon in 1969, but if we happened to strike up a conversation with a moon landing denier (these folks are more common than you think) who shared all his well-crafted objections, and pressed us to defend our beliefs, we would probably have very few answers. But, surely we wouldn’t abandon that belief just because we were stumped! Our belief would still be correct.

Also, don’t confuse not having an answer with there not being an answer. The two are not the same. Even if you don’t have answers to difficult questions, that does not mean there are none. Indeed, you should know that most of the objections you will hear are old news (even though they are often presented like no one had ever thought of them before).

4. You have to speak truth, but you don’t always have to speak.  Sometimes I think we have the impression that it is our job to enter into every debate and engage every conversation. Indeed, some Christians seem to be looking for a fight, jumping into the fray whenever they can.

But, this is not always necessary. When we speak, we have to speak the truth. But we don’t always have to speak. Sometimes it is wise not to speak.  It might be wise to wait for a different moment or opportunity.

And truth be told, that can keep us out of trouble. As Proverbs says, “When words are many, sin is not absent, but he who holds his tongue is wise” (10:19).

5. Your goal in the conversation should not be to “win” but to persuade.  Our disposition in a conversation is key to its success.  If our goal is to win (whatever that may mean) then suddenly the conversation becomes about us—how we look, how good of a debater we are, etc.

Instead, the goal should be to persuade the non-Christian of the truth.  And then the conversation is no longer about us, but about them—how they can be reached, how to help them understand.

Yes, we must remember that only the Holy Spirit ultimately opens eyes to the truth. But, our attitude and disposition in a conversation matter. “Always be prepared to make a defense . . . but do it with gentleness and respect” (1 Pet 3:16).

In the end, these five things won’t solve every challenge we face in the complex conversations we have with non-Christians. But, I think they are a step in the right direction.

Our goal is not to avoid all conversations. Nor is it to enter into bare-fisted brawls with everyone we can.  Instead, our goal is to patiently, but boldly, engage our culture as opportunities arise, always “speaking the truth in love” (Eph 4:15).