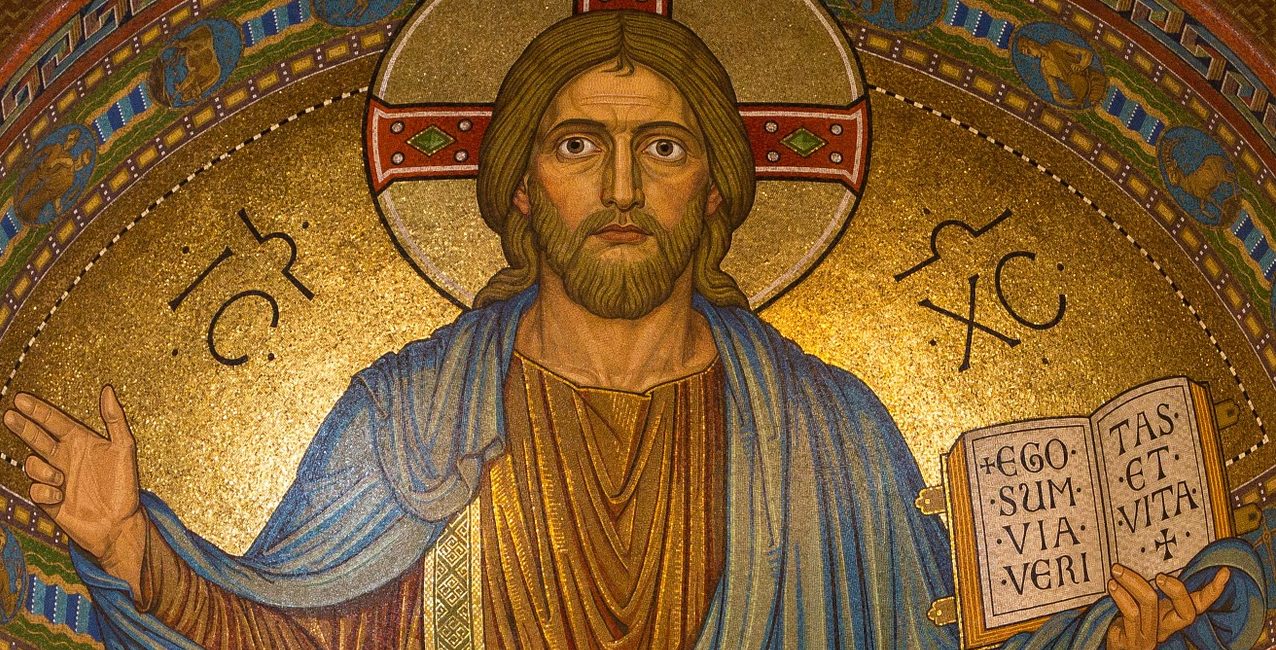 Did Jesus think he was God?

This may be one of the most common questions people ask about early Christology. And it reflects a long-standing scholarly debate about Jesus’s own divine consciousness. Even if other people thought Jesus was divine, did Jesus himself think so?

A number of years ago, Bart Ehrman jumped into the fray of these debates over early Christology in his book, How Jesus Became God (HarperOne, 2014).  And he addressed this question about Jesus’ divine self-awareness.

Not surprisingly, Ehrman argued that Jesus never thought of himself as God.  Leaning on his earlier book, Jesus: Apocalyptic Prophet of the New Millennium (Oxford, 2001), he says that Jesus just viewed himself as an apocalyptic prophet who was ushering in the Kingdom of God (basically Albert Schweitzer redivivus).

Ehrman adopts what he regards as the standard methodologies of modern critical scholarship, including the criteria of authenticity (and even the controversial and oft-debated criteria of dissimilarity). Of course, the upshot of Ehrman’s reconstruction of the historical Jesus is that any statements that might sound like a claim to divinity are conveniently dismissed as unhistorical.

So, not surprisingly, the claims of Jesus in the Gospel of John are considered “not part of the historical record of what Jesus actually said” (p.125). In addition, Ehrman refuses to allow any statement where Jesus identifies himself as the “Son of Man.”

Left unsaid is the fact that the criteria of authenticity themselves have come under tremendous fire from scholars of all stripes (e.g., see Chris Keith and Anthony Le Donne, Jesus, Criteria, and the Demise of Authenticity [T&T Clark, 2012]). Even more, the specific criterion of dissimilarity (which fuels much of Ehrman’s reconstruction) has been vigorously debated and, in the minds of many, is fundamentally flawed.

On top of all of this, even scholars who agree on the criteria reach radically different conclusions about how those criteria should be applied. Given that Ehrman has spent much of his academic career lamenting reconstructions of early Christianity which portray it as neat and tidy, and given that he is quick to point out that early Christianity was, in reality, full of debate and disagreement, it is ironic that he seems so unwilling to point out those same challenges within his own discipline.

The truth of the matter is that reconstructions of the historical Jesus do not give us some clear and simple division of sayings where the human Jesus is on one side and the divine Jesus is on the other. It is much more complex than this, and Ehrman owes it to the reader to make that plain.

Take as an example Ehrman’s dismissal of the sayings where Jesus identifies himself as the Son of Man. This move is not at all consistent with much of modern scholarship, as can be seen by the collection of essays in the recent volume, Who Is This Son of Man? (eds. Larry Hurtado and Paul Owen; T&T Clark, 2011). If Jesus did see himself as the Son of Man, and the evidence suggests that he did, then there are numerous places in the Synoptics where Jesus sees himself in a divine role.

For instance, in Matt 26:63-65 (cf. Mark 14:62/Luke 22:67-71) Jesus not only identifies himself as the Son of God, but then also identifies himself as the Son of Man coming to judge the world on the clouds of heaven–an identity that the chief priests regard as worthy of the charge of blasphemy. So, even if one were to discount the Gospel of John, there is ample evidence elsewhere for Jesus’ divine self-understanding.

But, there is another problematic aspect to Ehrman’s methodology. Slipped into the discussion (rather subtly) is the expectation that if Jesus really thought he was God he would go around talking about it all the time. Indeed, this is the very point of Ehrman’s argument when comparing John and the Synoptics: “If Jesus really went around calling himself God [in John], wouldn’t the other Gospels at least mention the fact?” (p.87,  emphasis mine).

There are several problems with the way Ehrman frames the question. For one, Jesus doesn’t always go around calling himself God even in John’s Gospel. There are only a handful of times where Jesus explicitly claims to be God in John–not nearly as out of sync with the Synoptics as Ehrman would claim.

Beyond this, Ehrman’s statement presents an expectation that if Jesus were God he would always say it directly, something like, “Good to meet you, I am God.”  But could Jesus not present himself as the God of Israel in other ways?

We can agree that John’s Gospel makes such claims to divinity even more direct–as the last Gospel it is not surprising that it offers a more sustained theological reflection on the person of Jesus. But, we should not confuse the directness of a claim with the existence of a claim. The historical evidence suggests the Synoptic Jesus and the Johannine Jesus both claimed to be the God of Israel.