The problem for Bauer’s thesis is that this is precisely what we don’t find. END_OF_DOCUMENT_TOKEN_TO_BE_REPLACED

One of the most common arguments about early Christianity—made popular by Walter Bauer’s 1934 book Orthodoxy and Heresy in Earliest Christianity—is that the earliest centuries had such enormous doctrinal diversity that the “heretics” were as prevalent, if not even more numerous, than the “orthodox.” It was not until the 4th century, it is argued, that the orthodox began to turn the tide.

But let’s test this theory by asking a simple question: who were the bishops in second-century Christianity?  Who were the leaders of all these churches? If heresy was as widespread as orthodoxy, we should expect to find a number of bishops that are openly Marcionite, Ebionite, Gnostic, and beyond.

The problem for Bauer’s thesis is that this is precisely what we don’t find. END_OF_DOCUMENT_TOKEN_TO_BE_REPLACED

But, at one point, he summarizes what Christians believe in a manner that would rival even the Apostle’s Creed: END_OF_DOCUMENT_TOKEN_TO_BE_REPLACED

There’s been a lot of chatter the last couple years over “de-conversion” stories. Most recently, of course, is the story of well-known pastor and author Joshua Harris, as well as the Youtube comedians Rhett and Link.

But, perhaps one of the most remarkable (and often overlooked) examples of apostasy is Saruman in Tolkien’s Lord of the Rings. I’ve been re-reading the books lately in my coronavirus quarantine, and I was struck anew by the role he plays in the overall story.

In many ways, Saruman has always been an odd part of the plot line. With a bad guy like Sauron to occupy the reader’s attention, why does the story even need a character like Saruman? Besides, as my kids always complain, his name actually sounds a lot like Sauron’s which makes everything very confusing.

As such, we can learn a lot about the way de-conversions work through stories like Saruman’s. So, here are a few quick observations: END_OF_DOCUMENT_TOKEN_TO_BE_REPLACED 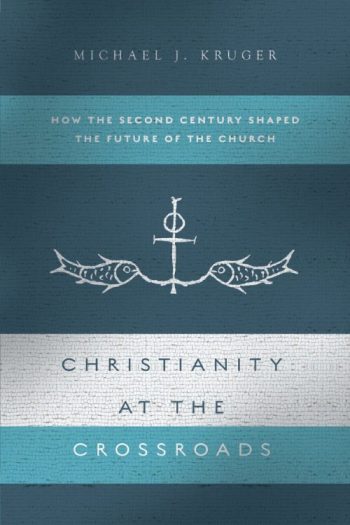 Given that Wagner has written on this subject before, I was pleased to see that he reviewed my book recently in the journal Interpretation (vol. 73, p.316). Since my volume covers a number of controversial issues, I was thankful to see he thought I was even-handed in my treatment of them.  His opening paragraph: END_OF_DOCUMENT_TOKEN_TO_BE_REPLACED

h J R
@NickCarboniWCNC: As a dedicated student at a Charlotte seminary, #Panthers coach Frank Reich mostly laid low -- except for the one time he wore a Super Bowl jacket to class, and another time he rocketed passes at his fellow students. More on Reich's time at @RTSCharlotte https://t.co/Gz5we6fMaK

h J R
How do we know the Bible is from God? Here's how a pagan philosopher came to believe: https://t.co/rHxB9SWDpG