The story of the New Testament canon is a fascinating one, with many twists and turns.  There are books that were accepted very quickly, almost from the start (e.g., the four gospels), and there are other books that struggled to find a home (e.g., 2 Peter).

And then there is the book of Revelation.

Few today would contest the claim that the book of Revelation stands as one of the most controversial, complicated, and esoteric books in the New Testament canon.  Perhaps it should come as no surprise, then, that its reception by the early church was equally complicated and controversial.

But, the story of the book of Revelation is not what one might expect. Other debated books tended to have a lukewarm reception at the earliest stages, only to gain more and more acceptance over time. Revelation, on the other hand, had nearly the opposite experience; it had a very early and positive reception in many parts of the church, only to run into serious challenges at a later point.

For those who want to know more, here are a few highlights about Revelation’s journey: END_OF_DOCUMENT_TOKEN_TO_BE_REPLACED

There has been a long-standing scholarly discussion about how far back we can trace the roots of the fourfold gospel. Even though the four gospels obviously existed in the first century, there is still debate about when Christians began to gather them together and view them as a unit.

We certainly see this happening in Irenaeus, who is quite plain about his view, “It is not possible that the gospels can be either more or fewer than the number they are.  For, since there are four zones of the world in which we live and four principle winds… [and] the cherubim, too, were four-faced” (Haer. 3.11.8).

But, can we trace the fourfold gospel back even further?  Justin Martyr, an early Christian apologist writing c.150-160, is a key player in this debate.  He clearly knows the Synoptic Gospels—Matthew, Mark and Luke. But did he know John?  Scholars disagree about this. But, I think there are good reasons to think that he did.  Here are a few: END_OF_DOCUMENT_TOKEN_TO_BE_REPLACED

Now, in a blog post such as this we can hardly work through each book of the NT (nor would we need to do so in order to establish the overall point).  So, we will offer a brief comment on a few select passages: END_OF_DOCUMENT_TOKEN_TO_BE_REPLACED

When it comes to the New Testament, there are two criticisms that have been used for years, and often at the same time.  The problem, however, is that upon closer examination they prove to be largely incompatible with one another.  Let us examine each in turn. END_OF_DOCUMENT_TOKEN_TO_BE_REPLACED

OK, I know what you’re thinking. You’re thinking that there may not be two more unrelated topics than the 2020 presidential election and the formation of the NT canon. Of all the things that we can learn from the trials and tribulations of this election cycle (and there are many), surely how the New Testament was formed is not one of them!

So, how in the world do these two things connect?

In brief, I think the presidential election cycle is a remarkably helpful analogy for understanding the different definitions of canon, and how those definitions help us understand the date of the canon. Let me try to explain.

When Do We Have a Canon?

While that may seem like a fairly straightforward question, the massive disagreements among modern scholars shows that it is not. It all depends on the definition of canon that you are using. In order to clear this up, I have argued elsewhere (see here) that there are really three different definitions of canon: END_OF_DOCUMENT_TOKEN_TO_BE_REPLACED 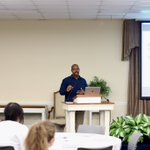 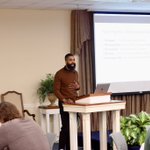 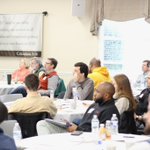