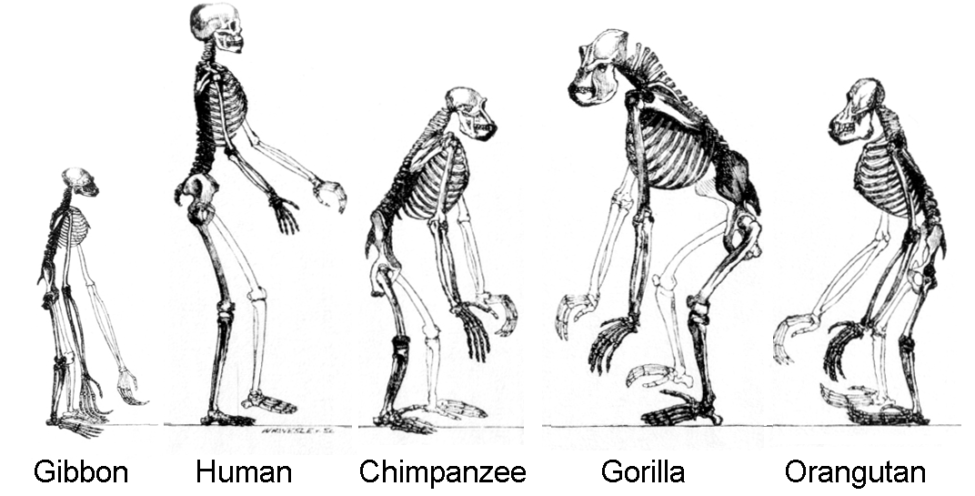 Theistic evolution is nothing new.  For generations, Christians have attempted to import the evolutionary process into the early chapters of Genesis in hopes of finding a harmony between the two.  The organization Biologos is devoted to this very task.  According to its website, Biologos exists for the purpose of “exploring and celebrating the compatibility of evolutionary creation and biblical faith.”

While the existence of theistic evolution is certainly not new, I have been struck by the degree to which it is promoted with evangelistic zeal by Biologos.  The goal of this organization is not just that theistic evolution would be viewed as an “allowable” view amongst Christians, but that theistic evolution would be seen as the only viable choice for believing Christians.  This trend is evident in the most recent Biologos newsletter which provided a recap of the March 20-22, 2012 Biologos conference entitled Theology of Celebration III (hosted by PCA pastor Tim Keller @ Redeemer NYC).

According to the newsletter, this conference was designed to expose an area of “deep concern” for the church.  What is this area of “deep concern”?   It is simply this:  “That almost half of America’s protestant pastors hold or strongly lean toward a belief in a universe less than 10,000 years.”  In other words, the deep concern of this conference is that most evangelicals take the Genesis account as straightforward history and thus reject the billions-of-years-old universe required by evolution.   What should be done about this crisis?  According to the newsletter, conference participants left with an “urgent desire to bring about change” and a desire that “the church will be impacted.”  In essence, Biologos is on a quest to rescue the church from non-theistic evolutionists.

Now, I am sure that the church needs to be rescued from many things.  But, is this really one of them?  This raises the question of what is driving the Biologos crusade to rescue the church from non-theistic evolutionists.   What allows them to be so certain that a straightforward reading of Genesis is detrimental to the church?  Is their certainty driven by convictions about what the Scripture says?   Not so much.  The newsletter reveals the grounds for their certainty very plainly.  Biologos wants to change the church’s view on this issue because “the church of the coming decades cannot divorce itself from matters about which there is scientific certainty.”

In other words, the motive for Biologos is the certainty of science.  And, in their minds, credibility of the Christian faith is at stake.  If we reject evolution then we will look foolish and ridiculous in the eyes of the world that knows it true.

What is stunning about all of this is the absolute, unequivocal, and almost religious certainty Biologos has about evolution.  It is absolutely undisputed—it cannot be questioned.  Ironically, at the same time, the meaning of the earliest chapters of Genesis is entirely uncertain, unclear, and very much in dispute.  It could mean just about anything, we are told (except for straightforward history). Put differently, when it comes to interpreting Genesis no certainty is possible, but when it comes to interpreting scientific evidence then apparently certainty is possible.

But why is this?  Is science immune to subjectivity of interpretation?  Is science a neutral enterprise that involves no perspectives and no bias?  Biologos, it seems, has a misplaced confidence in modern science.  Indeed, it could use a fresh dose of Thomas Kuhn’s The Structure of Scientific Revolutions.

Sadly, the whole “Christianity must acquiesce to the claims of science or lose its credibility” speech is not a new one.   This same phenomenon happened in the 18th and 19th centuries regarding the credibility of the miracle accounts in the Gospels.  After all, modern science during that time (and even during our modern day) found miracles to be rather unscientific.  Science had shown that people just do not rise from the dead.  As a result, some Christians took it upon themselves to “rescue” the church from its unscientific commitments.

For instance, Heinrich Paulus (1761-1851), one of the original participants in the so-called Quest of the Historical Jesus, sought to save the church by suggesting the Gospel accounts should not be interpreted as describing real miraculous events.  Instead, he suggested that they be interpreted as natural events that the disciples simply misinterpreted.   Thankfully, his approach was not heeded by most evangelicals in that time.

Often lost in such discussions is the high theological price that must be paid to accommodate all the claims of modern science.   If one adopts full-blown theistic evolution, then the idea of a historical Adam and Eve from which all humanity descends must be abandoned (Biologos expressly denies that all humanity descended from Adam and Eve).   Such a belief, of course, destroys the doctrine of imputation as outlined in Romans 5.   On the other hand, refusing to adopt theistic evolution also has a price.  We would be mocked and ridiculed by the world.  But, given the choice between these two prices—losing the doctrine of imputation or being mocked and ridiculed by the world—I will pay the latter. After all, the latter is true already.