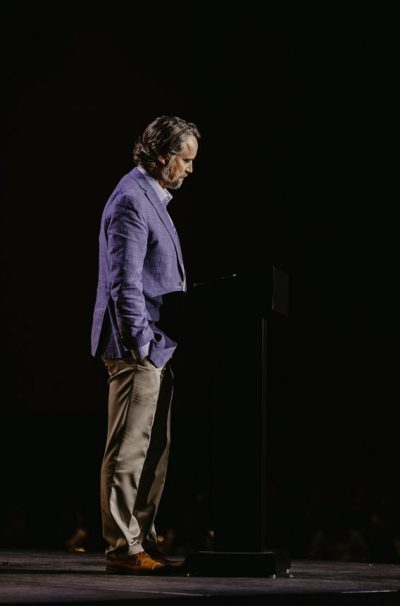 In addition to his duties as president, Dr. Kruger has also served on the faculty of the Charlotte campus since 2002. He is one of the leading scholars today in the study of the origins of the New Testament, particularly the development of the New Testament canon.

He is the author of thirteen books, most recently Bully Pulpit: Confronting the Problem of Spiritual Abuse in the Church (Zondervan, 2022), and 5 Things to Pray for Your Spouse: Prayers That Change and Strengthen Your Marriage, co-authored with Melissa B. Kruger (Good Book Company, 2022).

Beyond his work at the Charlotte campus, Dr. Kruger has served as president of the Evangelical Theological Society (2019), the largest society of evangelical scholars in the world, where he is also the co-chair and co-founder of the New Testament Canon, Textual Criticism, and Apocryphal Literature study section. In addition, he is on the editorial board of the Journal of the Evangelical Theological Society and the Bulletin for Biblical Research.

He is also a member of the Society of Biblical Literature, the Institute for Biblical Research, the American Academy of Religion, and was recently elected to the Society for New Testament Studies (Studiorum Novi Testamenti Societas). During his 2009-2010 research sabbatical, he was a visiting scholar at St. Edmund’s College and Tyndale House at Cambridge University, England.

Dr. Kruger regularly speaks, lectures, and teaches throughout the United States and the world—including conferences such as The Gospel Coalition and the Ligonier Conference. In addition to his academic publications, his popular-level articles have appeared in places like Modern Reformation, Tabletalk Magazine, and The Gospel Coalition. He also blogs regularly on his own website, Canon Fodder.

He is married to Melissa Kruger, Director of Women’s Initiatives for The Gospel Coalition and author of numerous books, including most recently, Growing Together: Taking Mentoring Beyond Small Talk and Prayer Requests (Crossway, 2020). They have three children, Emma, John, and Kate.