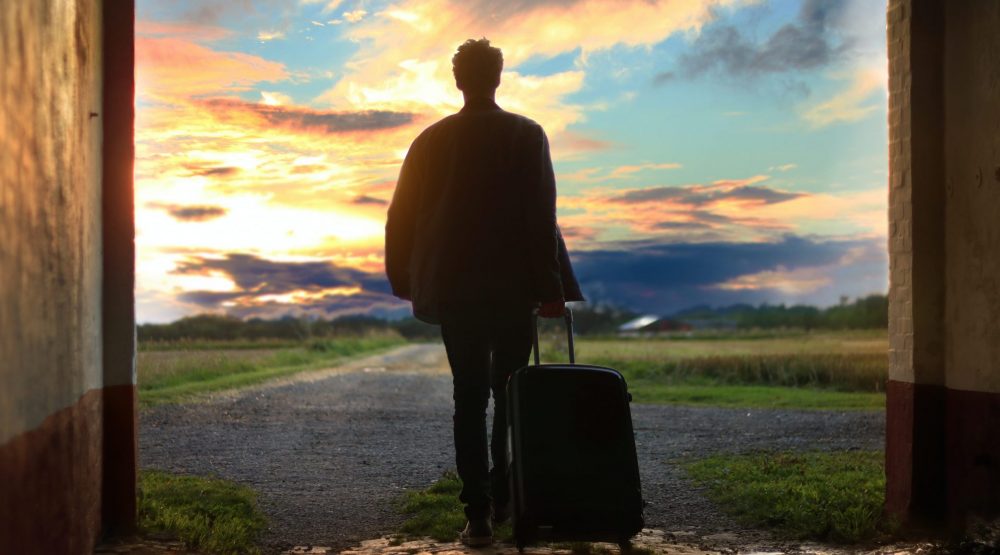 The lovable Disney film Moana, tells the story of a young girl who lives on a Polynesian island and is the daughter of the chief. Like many fathers, the chief is overly protective of his daughter, and also of the people he rules.

As a result, the people of Moana’s village are in a bit of a rut. They are rather uninspired and somewhat in-grown, not sure of their purpose or destiny. And Moana feels the same unrest. The core of the movie catalogs her struggle to discover her identity and calling.

But here’s the key. While she is curious about what her future should be, her breakthrough comes when she begins to consider the past. One night she explores the hidden caves on the island and discovers a fleet of boats that have been sealed away and forgotten. Then it hits her: “We were voyagers!”

This core realization is the key to her identity. Her people were not (originally) a static people, an in-grown and home-bound people, but rather they were people on the move. They were travelers, always looking to move forward rather than backwards.

When I first saw this film with my daughter a number of years ago, I was struck by how much Moana is a picture of the early Christian movement. (Yes, even when I watch Disney movies I am still doing academic work in my head!).

In the midst of my current research project, I am learning this afresh. It’s something I sort of already knew, but had forgotten to some extent. As I have been studying the early Christian sources I had a bit of an epiphany similar to Moana’s: “We were voyagers!”

In other words, one of the central features of the early Christian movement was that they were a people who traveled, and traveled extensively.

Of course, the remarkable missionary efforts, and rapid expansion of the Christian movement in the earliest centuries, have been well-documented (see Rodney Stark, The Rise of Christianity).   Indeed, the new Christian movement could be characterized as one with a “transient life-style” as believers sought to evangelize the world around them.

Harnack’s classic study, which need not be rehearsed here, catalogs a substantial number of early Christian leaders/teachers who were known for their extensive travel. Of course, this would include first-century individuals like Paul, Peter, Priscilla and Aquila, and many more, as documented in the book of Acts and beyond.  But, Harnack also highlights the extensive travel of later Christian leaders such as Justin, Hegesippus, Julius Africanus, and (especially) Origen.

Origen travelled to Sidon, Tyre, Bostra, Antioch, Casesarea, Nikomedia, Athens, Nicopolis, Rome, and number of other cities (some of which he visited more than once). Such travel was made possible because of the advancements made in the first-century Roman roads, though journeys were still slow and often dangerous.

But, Christians didn’t just travel for missionary work. They traveled for two additional reasons. First, travel was the way they spread Christian writings in the ancient world. It wasn’t just a generic message that these missionary-teachers were promulgating, but particularly Christian texts. Even in the first century, we see that early Christians had a remarkably well-organized network for distributing their writings. For instance, Paul frequently names the letter-carriers who would often have to travel great distances to deliver his epistles.

Indeed, this is why hospitality was such a big deal in the early Christian movement. It wasn’t just about having people over for dinner. It was more about giving people a place to rest and refresh during their extensive travel. In the ancient world, inns were few and far between, and often sketchy and poorly managed. Christian hospitality, therefore, was the core resource that allowed the gospel to spread.

So, how does realizing “We were voyagers!” affect our Christian lives today? Well, it certainly doesn’t mean that every believer must attain Executive Platinum traveler mile status in order to be considered faithful and godly. Some may be called to such a life, others may not.

But it does mean that all of us have to reckon with the fact that the core of our Christian identity relates to travel. We are not to be an in-grown people, walled up in our homes of self-protection. But we are to be out and about, so to speak, always looking for ways to spread and advance the kingdom. For some this may mean traveling thousands of miles to a foreign country. For others, it may mean just walking down the street, looking for a way to reach your neighbors for the cause of Christ.

The “We were voyagers!” mentality also means that we must remember that we are a people who are made to gather together. With the rise of social media, this has become a lost art. Some have assumed that watching church on video, or meeting together over Zoom, is just as effective. While these practices might be necessary in certain times and for certain situations, the last few years have taught all of us that physical presence really matters.

The early Christians understood this. They knew that survival was directly linked to being with one another for encouragement, accountability, and fellowship.  Being together was so important, that Christians would travel significant distances—often with great cost and real dangers—so that they could bless one another.

So, if you want to recapture your identity as a believer, don’t just think about the future. Look to the past. Remember what Christians have always been: voyagers. We are travelers. As such, take up the invitation of Paul: “Travel with us as we carry out this act of grace that is being ministered by us, for the glory of the Lord” (2 Cor 8:19).