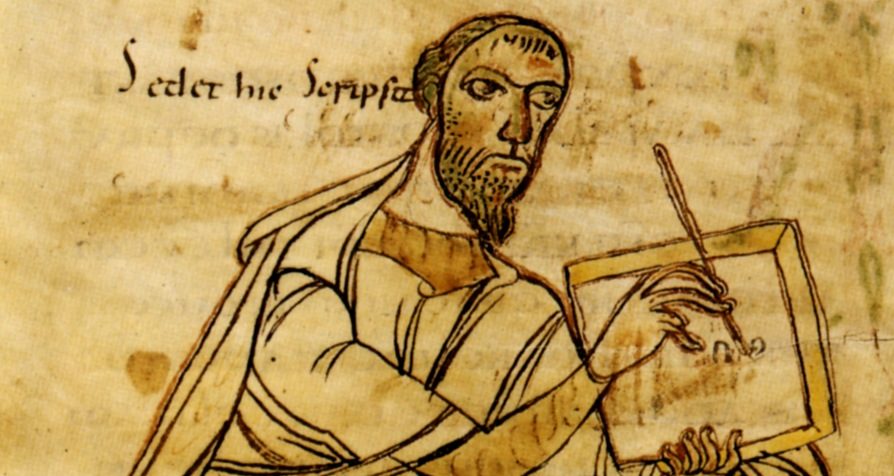 Although most discussions about the development of the canon focus on the patristic period (second century and later), there is much canonical gold yet to mine from the pages of the New Testament itself.  Unfortunately, this step is often skipped.

There are a number of possible reasons for why it is skipped.  But perhaps most people just assume that the whole idea of a “canon” is a late development anyway, and thus we wouldn’t expect to find anything about it in the New Testament books themselves.

Aside from the fact that such a position already presupposes an entire canonical “worldview” known as the extrinsic model (for my critique of this model see my book The Question of Canon), it keeps us from noticing some fascinating clues.

One passage that I think contains a number of intriguing clues is 2 Cor 3:14 when Paul says, “When they read the Old Covenant, that same veil remains unlifted.”

Often overlooked in this passage is that Paul understands a covenant to be something that you read.  In other words, for Paul (and his audience) covenants are understood to be written documents.

When we look at Paul’s Jewish context this should come as no surprise.  So close is the relationship between the covenant, and the written documentation of the covenant, that Old Testament authors would frequently equate the two—the covenant, in one sense, is a written text.

These passages indicate that covenants were largely conceived as something written or read; i.e., something in a book.  It is precisely for this reason that warnings were given not to change the text of the covenant (Deut 4:2), and there were concerns about it being in the proper physical location (Ex 25:16).

If so, then what shall we make of Paul’s statement in 2 Cor 3:6 that he and the other apostles are “ministers of a new covenant”?

Given Paul’s statement in 2 Cor 3:14 that we just noted, it would be natural to think that Paul has in mind a new set of written documents that testify to the terms of the covenantal arrangement in Christ.

As Carmignac argues, “In order to use the expression ‘Old Testament’ he [Paul] must also be aware of the existence of a ‘New Testament.’”[1]  Carmignac even goes further and suggests that this ‘New Testament’ may have had contained a number of books in order for it to be parallel with the Old.

The likelihood that Paul views the new covenant as having written documents increases when we make the simple observation that Paul is claiming for himself this distinctive covenantal authority within a written letter to the Corinthians. And scholars have observed how this very letter functions as a “covenant lawsuit”against the Corinthians.[2]

Thus, one could hardly fault the Corinthians if they regarded the letter itself as bearing some sort of covenantal authority.

All in all, 2 Cor 3:14 provides a number of curious clues about the origins of a new canon of Scripture.