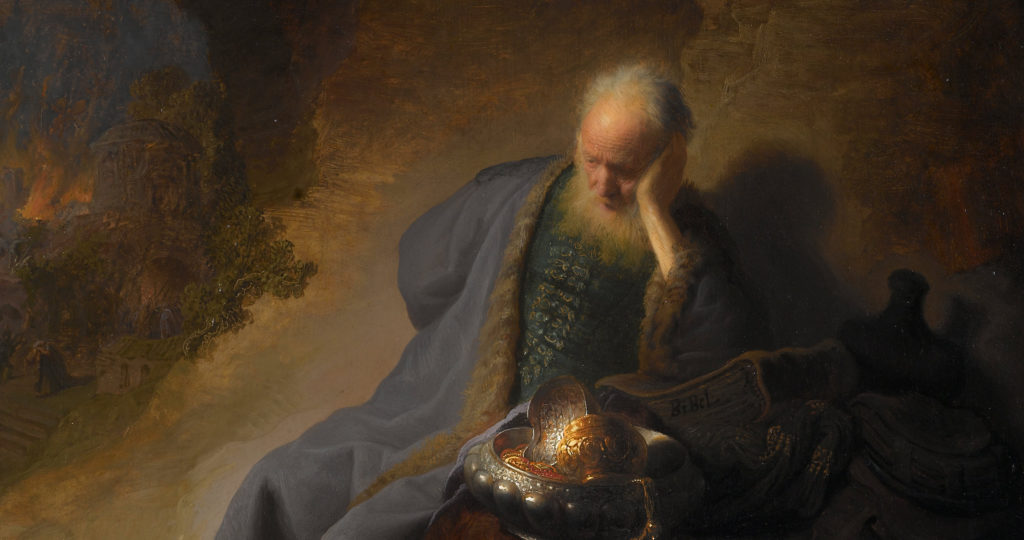 Last week I announced the upcoming release of my new book, Bully Pulpit: Confronting the Problem of Spiritual Abuse in the Church (Zondervan, 2022). The book releases on November 1st.

As a lead up to the book release, I am launching a new blog series entitled, “5 Misconceptions about Spiritual Abuse.”  In my research for the book, it became quite evident that people have a lot of misunderstandings of spiritual abuse, how it manifests itself in the church, and how it should be addressed. Some of these are rather innocent misunderstandings, and others perhaps less innocent. Either way, it is important that they be addressed for the health of the church.

We begin with perhaps the biggest misconception: “Loving the church means you don’t call out her problems.”

When it comes to the issue of abuse, it’s been a rough stretch for the church. The last decade has not only seen a rise in cases of spiritual abuse—Mark Driscoll, Steve Timmis, James MacDonald to name a few—but it seems we are hearing about more and more cases, including those of sexual abuse. Beyond the high-profile cases of Ravi Zacharias and Bill Hybels, we have the 6-part Houston Chronicle series, and now the newly released SBC report, showing the problem is much more extensive than anyone even knew.

Every time we think we’ve seen the full scope of the abuse problem, it seems we discover the iceberg just goes deeper below the surface than we even realized.

In light of such revelations, we might hope for the church to respond like Nehemiah, “Even I and my father’s house have sinned. We have acted very corruptly against you and have not kept the commandments, the statutes, and the rules that you commanded your servant Moses” (Neh 1:6-7).

And, some in the church have had precisely this response. For instance, I was so encouraged by those in the SBC who chose to waive attorney-client privilege and move toward full disclosure and full repentance.

But, strangely, there’s also been another reaction afoot. Rather than a move towards repentance, others have moved towards a posture of defensiveness. Rather than expressing concern about the abuse, concern is expressed about those who call out the abuse. To speak out against abuse in the church is seen as uncharitable, divisive, and even as evidence that a person doesn’t really love the church as they ought.

In other words, if you really love the church you don’t point out her problems.

Let me say that I understand the concern behind such an approach. We believe the church is vital in the life of every believer, so we don’t want to dissuade people from being involved. And, it’s easier than we think to become disillusioned and jaded about the church. We have to be careful we don’t slide, perhaps imperceptibly, from constructive critiques toward unbridled cynicism.

Yet, the opposite problem is a danger too. Fear over unbridled cynicism has caused some to put on the blinders, refusing to see and acknowledge the problems that are really there. We can convince ourselves that loving the church means we keep our mouths shut about her weaknesses.

But, I think that’s a deeply problematic approach. It falters in three ways: personally, biblically, and practically.

Just imagine how this philosophy—that loving someone means you don’t point out their problems—would play out on a personal level. Let’s imagine you had a friend who professed Christ, but was sleeping with their boyfriend. So, you gently bring up the problem and remind them of biblical teaching on sexual behavior.

Then they respond, “Hey, stop being so hateful towards me. If you really loved me, you’d accept me as I am and stop trying to change me.”

While such a response is all too common in our culture today, most bible-believing Christians would not accept it. We would not agree that loving someone means you don’t point out their problems. On the contrary, we would argue that part of loving someone is calling them back to the path of life.

Put differently, loving someone means we want to see them sanctified more and more. And, yes, this may involve pointing out areas of weakness or sin.

Of all the jobs in the Bible, there’s one you probably would not have wanted: prophet. On the surface, being a prophet may seem like a powerful, glamorous job. After all, you have an intimate relationship with God, you get to deliver his Word, and you might think you would have the respect and admiration of the people.

But the reality was much different. The problem with the biblical prophets is that the message they delivered was almost always bad news. The prophets were often sent to warn Israel for her disobedience, and to call her to repentance.

As a result, the prophets were not so well-liked. The wicked king Ahab called Elijah a “troubler of Israel” (1 Kings 18:17).  And later Ahab says of the prophet Micaiah: “I hate him for he never prophecies good concerning me, but evil” (1 Kings 22:8).

The fact of that matter is that pointing out problems in Israel, or the church, will not always be met with applause. Indeed, it is often met with derision. But that does not mean doing so is unloving.

Even Gandalf was called a “stormcrow”—and despised for always bringing bad news. Indeed, Wormtongue sounds like Ahab as he compares Gandalf to meddling troublemakers who needlessly stir up problems: “pickers of bones, meddlers in other men’s sorrows, carrion-fowl that grow fat on war.”

Yes, it needs to be acknowledged that merely critiquing the church does not make one a prophet. And, not all modern critiques are just. The church is an easy target, and some may make their living as a perpetual cynic, always picking apart every weakness. We have to be careful and measured in our critique—wise with our words, thoughts, and actions.

But, the biblical role of prophet does demonstrate that there’s nothing, in principle, wrong with offering biblical correction. Rather than attacking the critic, the church would do better to focus on the critique, and whether it might actually be true. Self-reflection is always better than self-justification.

The final reason that the if-you-loved-the-church-you-wouldn’t-point-out-her-problems approach doesn’t work is because it cannot be followed practically. Or, put differently, the people who advocate for this approach don’t follow it themselves.

So, it turns out that the issue is not so much whether one can critique the church, but which kind of critiques are allowed.

If so, then we need to rethink our approach. Dangers for the church come from every direction. The issue isn’t right vs. left, but biblical vs. unbiblical. And anytime we find something unbiblical in the church, it is loving to warn the church.

The prophet Jeremiah understood this. Israel didn’t want to hear the message he had to bring. But it was not Jeremiah’s message that was the problem.  The problem was those saying, “Peace, peace, when there is no peace” (Jer 6:14).

Let us be people who proclaim what is true and right, even when it is difficult to do so.