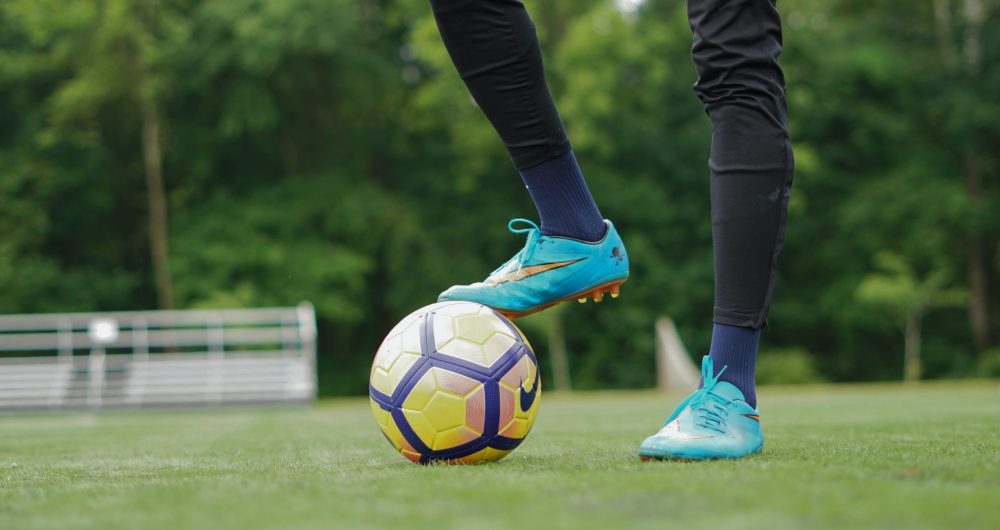 If you watched the Golden Globes the other night, you saw that Jason Sudeikis won best actor for his role as the lovable Ted Lasso in AppleTV’s new hit TV show. That win spurred a number of new articles about why America loved, and needed, this show so much.

So, I thought it would be fitting to repost my earlier article on this charming show and how it teaches us (ironically) about what good Christian leadership looks like:

Looking back on 2020, it seemed like all news was bad news. We moved from impeachment to the coronavirus to the killing of George Floyd to the presidential election to multiple church leadership scandals and back to the coronavirus again.

But sometimes it’s the little things that bring some hope and optimism when we’re feeling down. On that note, 2020 was the perfect year for the new show on AppleTV, Ted Lasso.

The comedy catalogs the journey of a warm-hearted American football coach, Ted Lasso (played by Jason Sudeikis) who is hired to coach a soccer team in the English Premier League—despite having never played (or apparently watched) the game. The show is filled with plenty of hilarious moments highlighting the differences between football and soccer, as well as British and American culture.

But the show is so much more than a comedy. Hidden beneath the hilarious moments (fair warning: there’s no shortage of bad language and sexual innuendo so viewer discretion is advised), you will find a show that celebrates optimism, hope, and (dare I say it) goodness.

As Brett McCracken recently observed over at TGC, “Ted Lasso is probably the most feel-good thing I saw on television this year.”

Perhaps it’s no surprise that I connected with Ted Lasso. I grew up playing competitive soccer, lived in the UK for a number of years (in both Scotland and England), and am a huge fan of the English Premier League (I’ve been cheering for Liverpool since the 1980’s).

But that’s not the whole story. The show connected with me for another, and more profound, reason. It reminded me of what good leadership looks like, something we desperately needed more of in 2020.

Despite being a non-Christian show, and despite the fact that Ted Lasso has his own slate of faults and shortcomings, there are fundamental leadership lessons here that we can learn from him.  While the church may not have a shortage of leaders, it’s increasingly apparent that we have a shortage of the right kind of leaders.

So here are five leadership lessons we can learn from Ted Lasso:

Watching Ted Lasso, two things immediately stand out. First, the man is remarkably kind to all those around him. He is thoughtful, deferential, and focused on others. He brings gifts, remembers birthdays, and looks for little ways to care for those around him.

And second, everyone is utterly shocked by his kindness. Indeed, this is the thing that struck me the most: people don’t expect kindness from their leaders. They expect them to be egotistical jerks and bullies, but not kind. How very sad.

If you want to be a better leader, the lesson is clear: “And the Lord’s servant must not be quarrelsome but kind to everyone” (2 Tim 2:24).


2. Notice the “little” people and know they’re not really little

Building on the prior point, Ted Lasso also pays attention to the so-called “little people” under his care. In one of the very first scenes, he meets Nate the locker room attendant (a position and a person easily overlooked) and immediately asks his name.

Nate is visibly stunned: “No one ever asks my name.”

In a world filled with ambitious and platform-minded ministry leaders always wanting to sit at the cool kids’ table, Ted Lasso is a breath of fresh air. He’s not interested in the cool kid’s table. Instead he pays attention to the outcasts; essentially the “poor and crippled and blind and lame” (Luke 14:21).

Leadership is not marked by condescension to the “little people,” but by recognizing that there are no little people. Every person should be treated with dignity and deference. Indeed, “for to such belongs the kingdom of God” (Luke 18:15).

3. Bullying and intimidation are not leadership techniques

Ted Lasso’s leadership is not only marked by what he does do, but by what he doesn’t do. As I watched the show I realized that I kept waiting for him to do what most coaches (and leaders do), namely get in the locker room and scream at the players. I kept expecting him to use threats, intimidation, and bullying.

But those things never came. Instead he was patient. He taught them. He led by example.

Given that more and more churches end up with domineering bullies as pastors, this is a lesson we need now more than ever. We can’t let Christian leaders look like the leaders of the world.

The Bible’s vision for leadership is different: “Shepherd the flock of God . . . not domineering over those in your charge, but being examples to the flock” (1 Pet 5:3).


4. Leadership is about making other people better

There are some pastors where it seems that their number one goal is to always find the worst in people. They are always on the prowl, scanning for weaknesses and flaws in those under them. They lead by fault-finding.

Not Ted Lasso. While his players had plenty of issues, and while there is a place for confronting these issues, his number one goal was not to tear them apart. Rather it was to bring out the best in them.

At one point, Lasso states his goal: “For me, success is not about the wins and losses. It’s about helping these young fellas be the best versions of themselves on and off the field.”  In order to accomplish this goal, he gave every player a book that was designed to help them discover their own distinctive gifts.

It’s almost like Ted Lasso had read 1 Thess 5:11: “Therefore encourage one another and build one another up.”


Perhaps the number one truism about leaders is that they will be critiqued. It comes with the job.

And Ted Lasso is no exception. Throughout the show, the English fans are downright ruthless in their critiques of the American coach—his folksy style, questionable tactics, and deficient soccer knowledge.

Such critiques are neither surprising or remarkable. What is surprising, however, was the amazing way that Lasso absorbed the critiques with patience and grace.

In one scene, Lasso is walking down the street and three fans from the local pub blast him with all sorts of obscenities.  In response, he simply says with a smile: “I appreciate your opinion and hope we’ll have your support in the next game.”

No defensiveness. No push back. No retaliation.

Personally, I can’t remember the last time I saw a leader—Christian or non-Christian—respond like this to criticism. But that is our calling as leaders. Indeed, Jesus himself was the perfect example: “When he was reviled, he did not revile in return; when he suffered, he did not threaten, but continued entrusting himself to him who judges justly” (1 Pet 2:23).

In the end, Ted Lasso is a show that unexpectedly embodies some key Christian leadership principles despite the fact that it’s plainly non-Christian. As such, it exemplifies what we mean by “common grace.” Despite its rejection of Christianity, it still operates within a residual Christian worldview of sorts.

And the church needs to listen. As David French just observed, when it comes to leadership, “2020 has been a brutal year for the church.” Highly public failures from Ravi Zacharias to Jerry Falwell, Jr. to Carl Lentz have all made us wonder if something has gone very wrong.

It is humbling to think that maybe one of the best examples of Christian leadership in 2020 (albeit a fictional one) actually comes from a non-Christian. But, maybe that’s just the kind of humility the church needs as we hope for better in 2021.